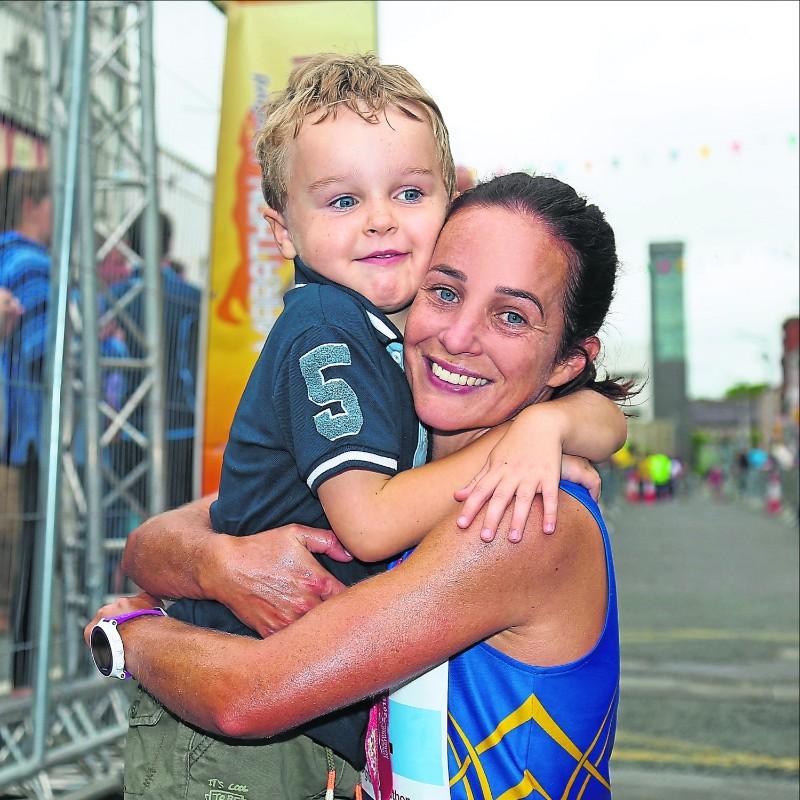 Local athlete Adrianna Melia was crowned Longford’s 1st Lady after she was the first woman to cross the finishing line in the 17th Longford Marathon, sponsored by Pat The Baker, on Sunday last.

An elated Adrianna, who also finished 10th overall, explained after her success, “I’m delighted. Longford is a long hard run. I hope to compete in the Dublin marathon and this was good preparation.”

ALSO READ: All eyes on return of 17th annual Longford Marathon this weekend

Adrianna had previously run the Longford half marathon, but this was her first time doing the full

“I would definitely do the course again and I’ll hopefully be back next year to defend my title.”
Indeed, the Longford ladies had great reason to celebrate as first, third and fifth positions in the category all hail from the host county.

Longfordian Sinead Phelan placed 3rd in the category for the second year in a row. After crossing the finish line she caught her breath and confessed to the struggle of the gruelling marathon: “I’m glad I finished. It was tempting to pull out but I said that I would keep going and I'm happy I did.”

This year marks the 17th year of the Longford Marathon. The event began in 2002 and was organised to mark the completion of Longford man Liam Fenelon's 100th Marathon.

All these years later, the event is now a favourite fixture in the athletics calendar and comprises the Streets of Longford 5K, The Longford Half Marathon, The Longford Marathon, a Marathon Team Relay and a 39.3 mile long Ultra Marathon.

O’Hanlon not only came first in the event, but managed to break Sittuk’s track record, earning him a substantial cash prize of €500 as well as the title.

O’Hanlon said afterwards, “I’ve ran around 50 marathons, this being one of my faster ones. There was a bit of competition between myself and Freddy but I’m absolutely delighted with the result.”
Sittuk’s spirit was not dampened after losing his record.

“I will try to reclaim the record next year. This year I was not so fit but I did try and I have an injured groin so I tried my best to defend my title but I lost it. There is always next year and I will return to try to get it back,” he said.

And of course, there can be no mention of the Longford Marathon without its ‘patron saint’, so to speak, Liam Fenelon. Liam crossed the finish line at 76 years of age.

Liam wore the number 319 as this was the 319th Marathon he has completed in his 30 years of running.

A special thanks is extended to all runners who took part on the day and to all of the organisers including John Farrell and team, Fiona and Mary Fenelon who put extraordinary effort into making the event so successful each year.