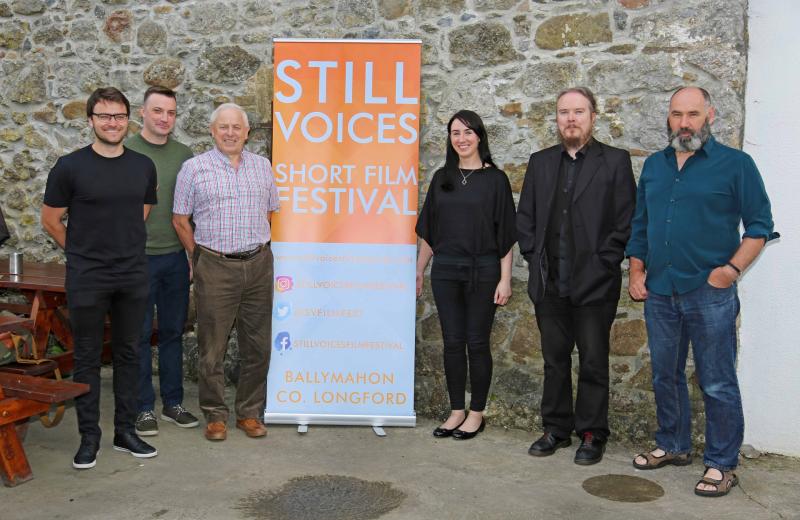 This year's festival will take place from August 16 to 19 in various locations around Ballymahon.

“I would recommend everyone attending Still Voices this year,” Festival Director Ronan O'Toole told the Longford Leader on Friday night.

“What we would like is for everyone to come whether they’re a cinephile or a casual cinema goer because the whole point is to come and see a film. And if you don’t like a film, that’s totally fine. But it’s the idea that you’ve seen the film.

“We want people to have access to great cinema. Because it’s a local festival with a global reach. And what we mean by that is we always think about the local community and the surrounding area when we think of programming.

“But we have a global reach in terms of pulling films from all over the world, as you saw tonight with New Zealand, America and Ireland for all the people of the locality and surrounding areas to come down and have a look.”

Those in attendance on Friday night were treated to a screening of three films that will be included in this year's programme.

'You're Not a Man At All', directed by well-known midlands filmmaker Padraig Conaty went down well with the crowd and will be screened again as part of the Made in the Midlands selection on August 18.

Padraig Conaty's well-known, very popular film, 'No Party for Billy Burns', starring Kevin McGahern and based in Cavan will also feature in the Festival on the opening night.

Also screened at the launch were a short animation, 'Spring Jam' by New Zealand man, Ned Wenlock, and a World War II short, 'A Night at the Garden' by Marshall Curry from the United States.

While there are certain feature films that will have a small admittance fee, 90% of the Still Voices Short Film Festival will be free and open to the public.

“We always go out of our way to make sure that most of the Festival will always be free because you don’t want to put a barrier in front of people to stop them from coming in and having a look,” Ronan explained.

Included among a large number of free events will be a number of informative and interesting panels.

“This year, we have such a fantastic selection of panels, such as our short film panel, discussing how to make your first short film,” he said.

“We also have an animation panel with some of the greatest up and coming animators - the next generation of animators, because Ireland is renowned for its great animation. Just look at Nora Twomey with 'Breadwinner' this year.

“And then our Women in Film panel is just jam-packed with the best filmmakers I think Ireland has produced,” he added.

Women in Film has been an extremely important topic in the Festival over the past couple of years.

“This year, we were blown away by the amount of female directors getting involved, which is truly fantastic,” said Ronan.

“And that's something we always want to strive towards - that it's always open and accessible to female directors.

“And, going forward next year, we're hoping to look at workshops specifically aimed at children between 13 and 16 and hopefully try to get young girls to start looking at filmmaking as a career.”

Bottom line, though, the Festival is all about making cinema available to absolutely everybody.

“Cinema for everyone. Film for people. That’s basically it,” he concluded.

The Still Voices Short Film Festival kicks off on August 16. The full programme and ticket information for feature films are available on stillvoicesfilmfestival .com.