Ronan O'Tool discusses Creative Ireland, gender equality and why film should be for everyone 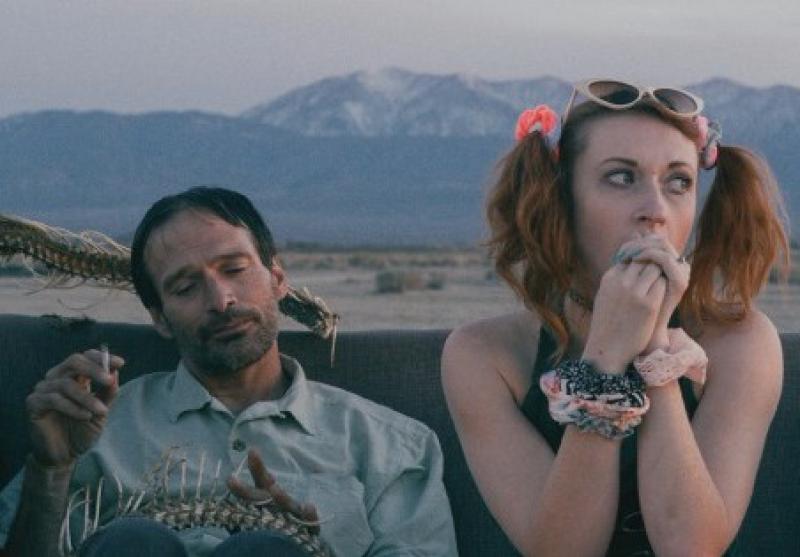 'Jumbo': One of the films on the programme for this weekend

Film should “absolutely be for everyone” according to Ballymahon native, Ronan O’Toole, who is the Director of the upcoming Still Voices Short Film Festival. And that’s why 90% of this weekend’s events will be completely free and open to the public.

The festival started up in 2014 under a different name - Solstice Film Festival - but with the same, very simple idea of showcasing local filmmakers, while also exposing the community to local filmmaking talent.

“Short film, for a lot of filmmakers, is where they hone their craft before they go into commercial films or feature films or whatever type of production they might go into,” Ronan explains.

“Short films are quite important for the filmmaker learning the craft, but equally for people outside of the filmmaking world to see these films, because they allow for great creativity.”

And having most of the festival completely free is the “crux of everything”.

He adds: “The filmmaker gets their films watched by more people, and the local community gets exposed to brilliant films."

So it’s a win-win situation, really.

The Still Voices Film Festival will take place this August 18 to 20 and there is a huge range of local, national and even international films ready to hit screens in a number of Ballymahon venues throughout the weekend, as well as talks, debates and social events.

Essentially, the whole festival is a competition, with a panel of judges who will ultimately decide the top five films. These will be screened on Sunday at 5pm with winners announced shortly afterwards.

There will be two awards given at the ceremony: The Best of Festival Award and the Best Irish Film Award.

Winning filmmakers will also receive €1,000 and €750 respectively, and if the best film of the festival is an Irish film, the Best Irish Film Award will go to the second highest-rated Irish film.

Submissions for this year's festival started pouring in last November, Ronan explains, with a large number of interested filmmakers putting their work forward.

“I was genuinely expecting maybe a hundred short films, and maybe 30 or 40 good quality ones.

“I thought that would be a fantastic first weekend festival for us. It would be really good.

The Festival will screen films from all over the world, with countries as far flung as Japan and Saudi Arabia, Iran and Iraq and even further afield being represented.

“As a submissions coordinator, I’ve seen probably a thousand shorts films over the last couple of years and the quality that we’ve got this year is as good as anything I’ve seen,” says Ronan.

“We got most of our films from countries like Germany, Ireland, the United States, the UK and then France.”

This year's festival will be the first time the small committee has made a weekend of it, but so far, things are going to plan.

In fact, Ronan couldn't be happier with the way things are going.

“The local interest in it has been great – I mean really phenomenal. For some people, it’s something coming to the town that they haven’t experienced before and they’ve really taken to this idea of seeing short films,” he says.

“And that’s fantastic for us. It’s really encouraging.”

And the Festival is being backed by Creative Ireland this year, so there has been plenty of support for the team and their vision of how things should go.

“We met with Creative Ireland back in February and we were on the same wavelength in terms of what we wanted to do and what they were looking for,” says Ronan, adding that Creative Longford's representative has been extremely supportive.

“Mary Carleton Reynolds is just fantastic in terms of her energy and passion for the arts alone, and everything she’s done for us and all our meetings with her have just been amazing.

“We were really lucky. I think we came at the right time. This might be our first weekend festival, but we’ve been four years at this and we plan on going forever, essentially, and trying to grow it as gradually as possible – not trying to do too much, but taking it one step at a time,” he adds.

“We want to bring it to as many people as possible and make it as successful as possible because film should be for everyone. It should absolutely be for everyone. And that’s why 90% of this festival is completely free. You can come in on Friday morning at 10 o’clock and it’s all free. And our talks are free.”

The charge for these films is €10 each and tickets can be purchased on the website or via the box office in Skelly's Bar, Ballymahon.

There will also be a number of lectures over the three days, with an interesting discussion on gender inequality within the film industry taking place in the Ballymahon library on Saturday at 3pm.

“There’s a film from Laois called ‘January Hymn’, made by Katherine Canty, who is going to be speaking at the festival.

“And that’s a fantastic film. Niamh Algar from Mullingar is the main actress in it and there’s an all-female cast and crew. And they’re the type of films you want to see coming in, to support filmmaking in the midlands as much as you can.”

Katherine Canty will be part of the gender discussion, along with Niamh Algar, Tessa Inkelaar and Simon Cade.

“But a woman at some stage will probably have to deal with gender discrimination – especially in the film industry.

“So if we can support gender equality as much as possible, then we’re always going to do it. Women in film will always be a thing at this festival, as long as I’m here forever and ever.”

Ronan was reluctant to pick a favourite film on the programme, but when pushed, he had three.

German film, 'Backstory' tells the story of a boy fighting his way through adolescence and falling in love with the woman of his dreams.

'Raymond', made by Cavan man, David Stephenson, tells of a protestant farmer in his mid 80s who has been living along for 50 years.

And 'Fruit' is an animated short film by German filmmaker Gerhard Funk. It brings forth a play of shaps illustrating the dialogue between two mythological forces - the West and the East.

For more information on these films and to see the wide range of other films on the programme, visit www.stillvoicesshortfilmfestival.com.