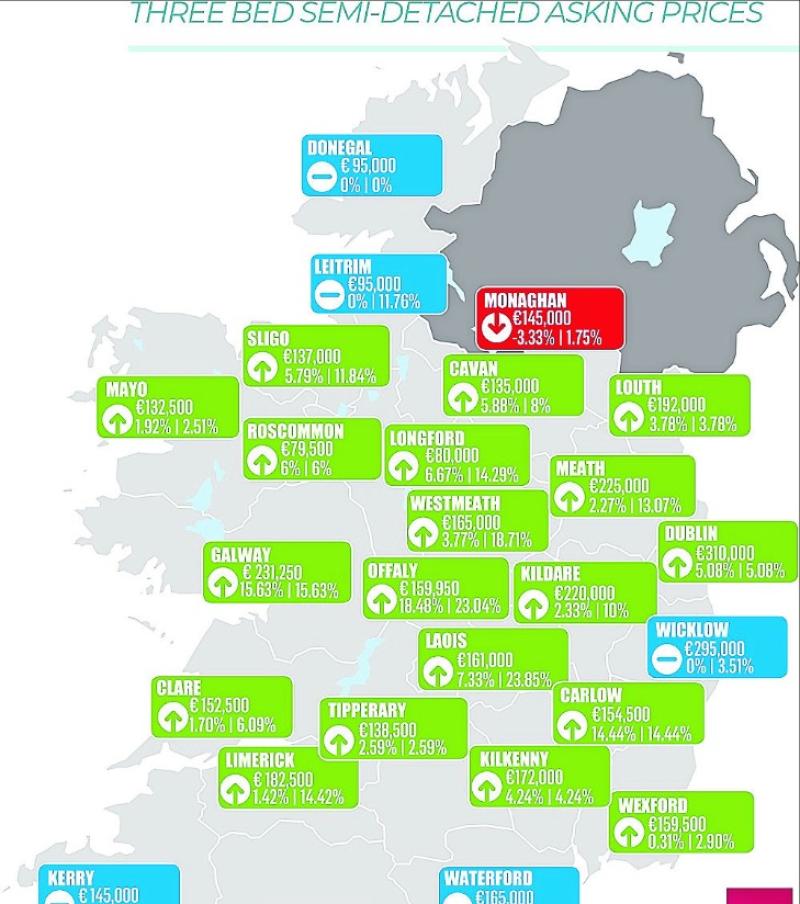 Housing prices in Longford have increased by €10,000 in the past year.

Property prices in Longford have risen by over €10,000 in the last year, according to the latest MyHome.ie Property Report in association with Davy.

Despite the increase, Longford remains the least expensive place in Ireland in which to purchase a home.

The latest rise was reflected in the asking price of a 3-bed semi-detached house in the county.

The latest rise means asking prices for this house type are now at their highest level since Q1 2014.

The number of properties for sale in Co Longford on MyHome.ie has increased by 13.3% in the last quarter but remains 2% behind where it was this time last year. The average time to go sale agreed on a property in the county now stands at just under four months.

The report found that while house prices are continuing to rise, the rate of inflation is slowing, due in the main to tighter bank lending.

In Dublin, asking price inflation has slowed to 6.8%, down from 11% at the turn of the year.