Top of the class at Longford Show & Country Fair launch 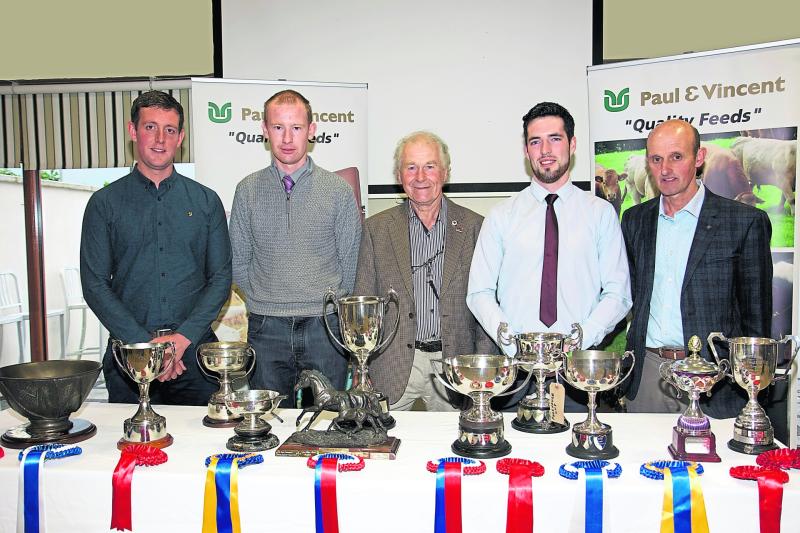 It's County Show time again in Longford as the lands of the Plunkett family in Lisnamuck prepare for one of the biggest agricultural events in Longford's calendar.

And, following on from last year's standout show, the committee is hoping for fine weather to ensure a similar level of success on Sunday, July 1.

“Last year was our most successful show to date,” said a delighted Chairman, Charlie Murphy at the launch of the Show in the Rugby Club last Wednesday week.

“The weather made it, really. We need the weather for the spectators.

“We’re returning to the Plunkett family farm, which proved a great venue last year - very accessible, just off the bypass.”

Secretary of the Co Longford Show committee, Bernie Whyte agreed that last year's show was hugely successful, thanks to beautiful weather and a great venue.

“We’re hoping to continue to build on the show and continue on from last year's success,” she told the Longford Leader at the launch.

“It’s 116 years old this year. We have a prize fund of in excess of €40,000 that we pay out and that’s a great economic boost to the county, as well as it being a heritage and cultural event.

“We had just over 100 trade stands last year and we had a Creative Longford tent, which catered for local food producers and local service providers. That was helpful, funded by Creative Ireland.

“We had a special entertainment area in the field for families and for children.

“We had showjumping, which had the best numbers in a long number of years.”

And it's looking like this year's show will feature similar stalls, not to mention top class entertainment, with the likes of David Kiernan, Seamus Farrell, the Longford United Gospel Choir and trad band, Full Swing, ready to hit the stage in the afternoon.

“We had a fantastic number of exhibitors and spectators last year and we were blessed with the day. And it was a superb venue,” Ms Whyte continued.

The closing date for exhibitors was last Wednesday June 20, with the cost of a table priced at just €25.

Meanwhile, Mr Murphy explained that the Show was a shop window for local producers to get their face and their name out there - and their product.

His committee colleague, Ms Whyte agreed, “The exhibitors were very happy last year. Some of them were sold out by 2pm. They couldn’t believe it. They had nothing left,” she said.

This year's show will also include a jiving competition, along with plenty of other activities and entertainment to ensure a great family day out for everyone.

“It’s a great venue and it really is a great day out for children and for families,” said Ms Whyte.

“We always say it’s for urban and rural meeting and that’s our motto. And it really lives up to that motto.”

And, she added, the committe couldn't ask for a better venue than the Plunkett family farm.

“It’s a superb venue. The location is everything. It’s ideally located off the N4. It’s easily accessible. The grounds are good and we’re honoured and delighted to be back there this year.

“We need a dry day. Our exhibitors will come, dry or rain, because they’re die-hard exhibitors. But for our spectators, we need to have the weather.”

The committee is looking forward to what will hopefully be another successful County Show & Country Fair and are extremely grateful to the sponsors, as well as the 120 volunteers who make it all happen.

“Our biggest thanks will go to our sponsors and our supporters and also to Longford Community Resources and local government,” Ms Whyte concluded.

This year's show will take place on the lands of the Plunkett family in Lisnamuck, just off the N4, on Sunday, July 1. Proceedings kick off at 12 noon.