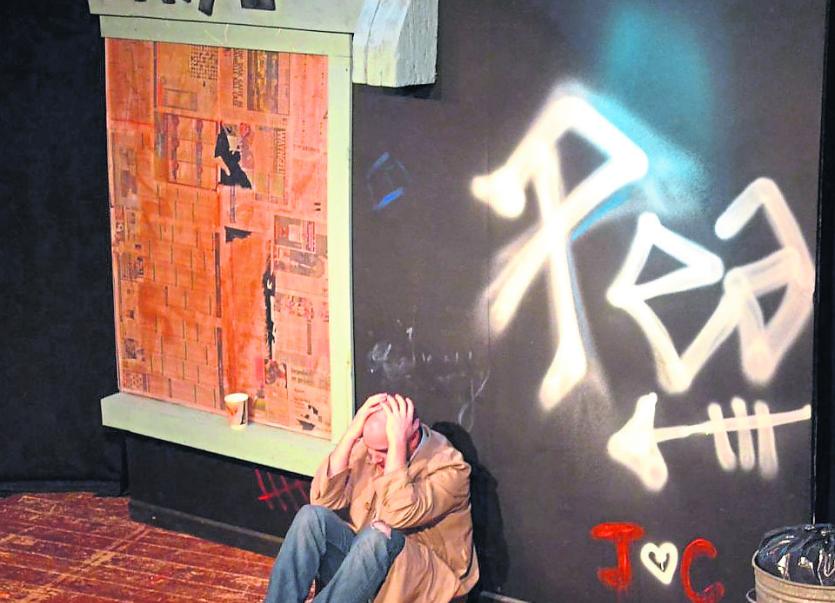 The dark and thought-provoking play will be performed at the Little Theatre in Athlone on Friday week, June 29.

Written and directed by Valerie herself, Cardboard Coffin is a heartbreaking, yet humorous one-man show, with talented local actor, Jude McLynn taking on the role of Johnny.

Johnny is a man who has hit many obstacles in his life - the latest of which is homelessness.

In this beautifully-written play, Johnny tells the story of how he ended up living on the streets.

The play is extremely powerful and forces the audience to think about homelessness a little more deeply.

“Homelessness is real. It's on our doorstep and there is no way to escape it,” Valerie told the Longford Leader.

“It scares me that one day you're part of society and the next it's like you've been picked up and placed on the sidewalk and told ok you can watch us continue our lives but you can't take part anymore because you have no money or address anymore.”

Following the overwhelming response to the opening three nights of the Cardboard Coffin tour, the play will come to the Little Theatre, Athlone, for one night only on Friday, June 29.

The show will start at 8pm sharp.