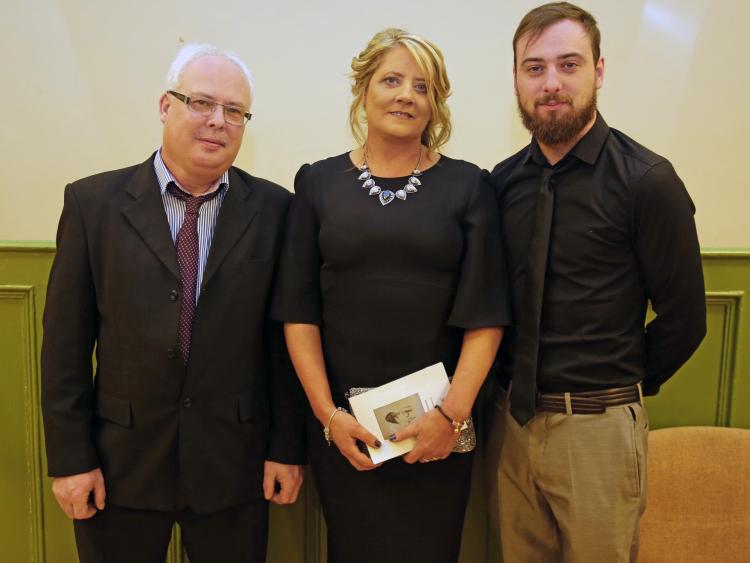 Ballymahon author Valerie Masters launched her book ‘Obsession’ on Friday February 17 last among a crowd of family, friends and supporters from her local community.

The launch was held in the Ballymahon Library on Friday and was for Valerie’s second book, which she says is stronger and more powerful than her first book ‘Conversations in the Dark’.

“The launch was an amazing night. To see my son standing there after a torrid journey, just to have to fly back to work in Rome… to listen to a letter being read out from my daughter thousands of miles away and not expect it validates me as a mother with two amazing children,” said Valerie of the launch.

The letter in question had come all the way from Korea, where her daughter works - the same daughter whose artistic talent graces the cover of ‘Obsession’.

“Local support from the community means everything. It’s a validation, a warmth in your heart that the people you live beside, work beside and trade with believe in you.

“I will process the amazing night I had and I am humbled by the love I was shown,” she concluded.

‘Obsession’ is available to purchase in Newsround in Longford town and Daybreak, Nally’s Garage and Finn’s Garage in Ballymahon.