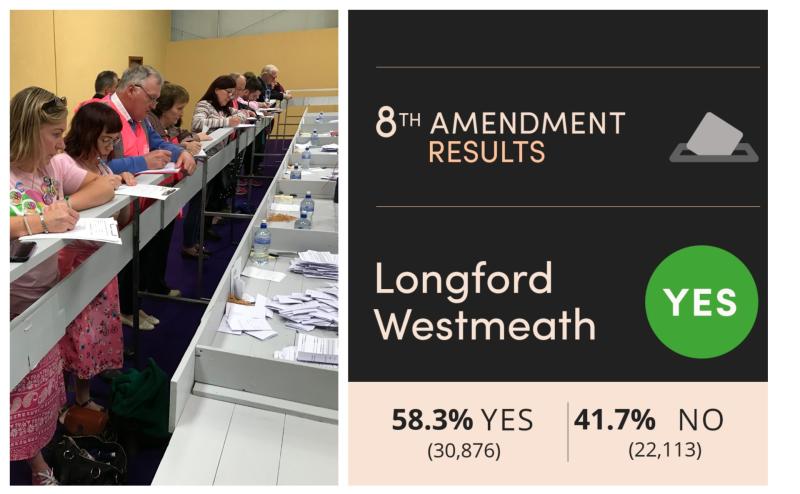 Longford Westmeath voters have rowed in behind the country's overwhelming decision to remove the Eighth Amendment from Ireland's Constitution, with 58 per cent voting YES in yesterday's referendum.

The announcement of the official Longford/Westmeath constituency result was made by Returning Officer Imelda Brannigan at St Dominic's Community Centre in Kenagh this afternoon in what is being hailed as a major milestone in Irish history.

Both ends of the constituency voted in favour of repealing the Eighth Amendment, pouring cold water on suggestions from earlier in the day which indicated that Longford might buck the national trend and return a No vote.

As it transpired, an estimated 54 per cent of the electorate voted in favour of repeal with 46 per cent opting against.

The margin was more clear cut in Westmeath as a projected 58 per cent of voters giving their backing to the Eighth Amendment's repeal and just 42 per cent signalling their desire for its retention. 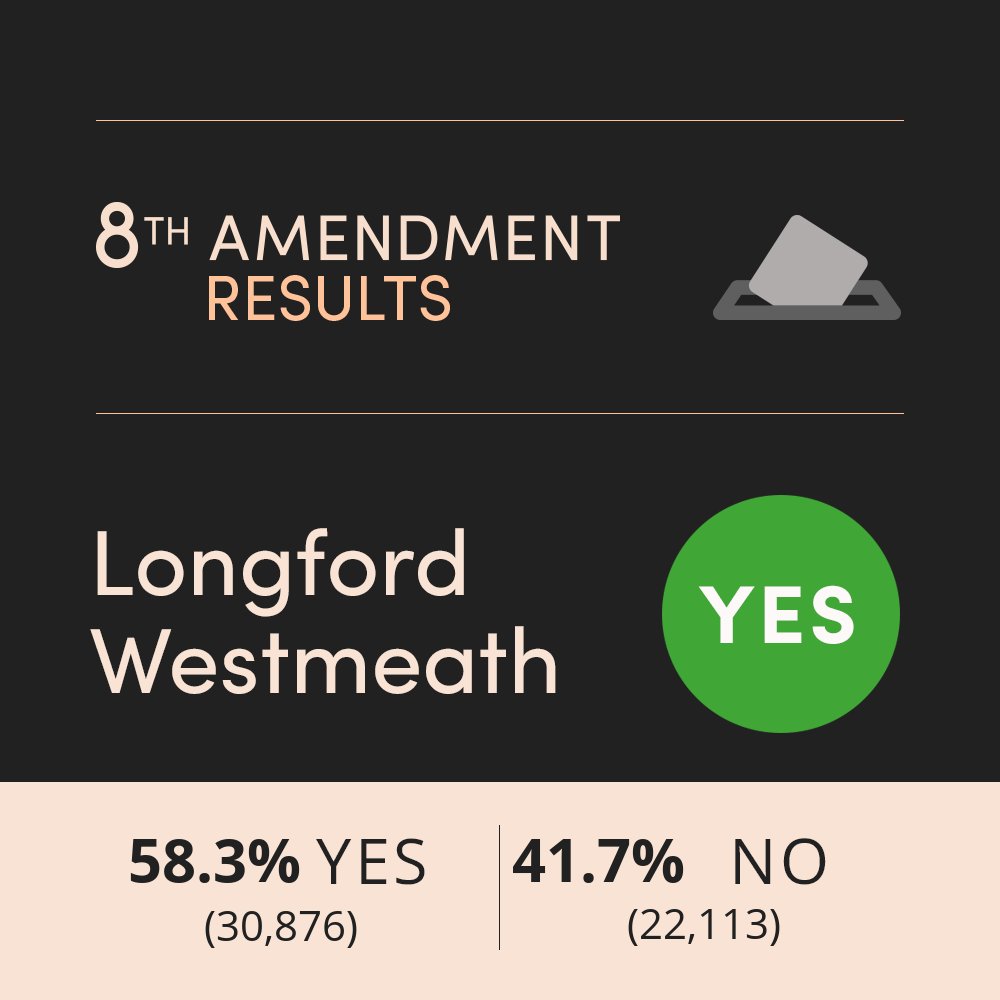