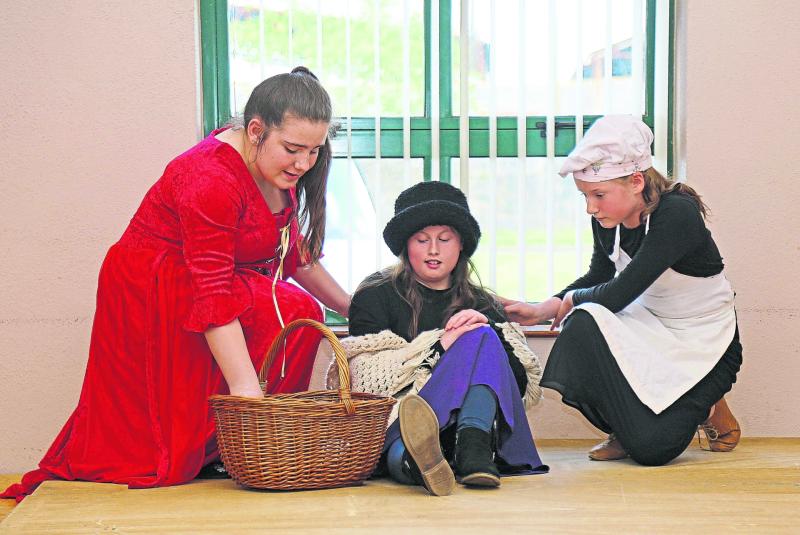 Standing room only and a standing ovation was the order of the day for the premiere of 'Maria In Mind' in Edgeworthstown as part of this year's Edgeworth Literary Festival.

The Edgeworth Society wished to do something special this year, the 250th anniversary of the birth of internationally acclaimed novelist and social reformer Maria Edgeworth.

What an inspired decision it made when it commissioned Johnny Hanrahan the well-known writer and director to write a theatrical piece based on the life of Maria Edgeworth.

Johnny conceived the idea of a one - woman show - a piece which drew on the life, letters, family and friends of Maria Edgeworth.

Johnny chose experienced actress, Carmel O'Leary, to take on the role, and what a powerful performance she put on.

Carmel held the large audience of over 250, in awe as she brought Maria to life in the wonderful setting of The Manor Church.

The piece was expertly constructed and brought the audience on a magical journey through the terrible conditions of an Ireland of the late 18th century to the glitz and glamour of society in London, Paris and Geneva, meeting such characters as Lord Byron, William Wordsworth and Sir Walter Scott on the journey.

The setting for the show was also inspired as it was performed in the former home of Maria Edgeworth, where she was at her happiest and most creative.

It is planned the show will now go on tour and it would not be surprising if it appears on the national stage.

This year's Edgeworth Festival had something for everyone and reached audiences from the young to the not so young.

On Friday morning, two young actors from the Cork School of music put on a performance in St John’s church for the transition year students from Scoil Mhuire, Longford.

This was followed in the evening with a children’s programme, where the winners of the Midland Poetry competition were announced.

The programme also included a theatrical piece based on the Edgeworth family and performed by the youth section of the very successful Mostrim Players under the direction of Pauline Flood and Kate Donohue.

The programme finished with a wonderful performance by the children’s choir under the direction of Noreen Grant and Kathleen Crossan.

Saturday’s programme included workshops, the very popular historical walk and, in the evening in The Manor, a programme that included readings, poetry, music and song with Brian Leyden, Vona Groarke, Aoife Mulligan and members of the local Comhaltas group.

The winners of the Edgeworth international poetry and short story competitions were announced, with some of the winners coming from the United Kingdom.

Over the last number of years, there has been a revival in Ireland of cultural activities and nowhere so much as in Edgeworthstown, which is now the hot bed for all things cultural and all lead by local in inspirational people such as Pauline Flood.

There was a lovely conclusion on Saturday evening, when the management and staff of Our Lady’s Manor invited the performers and audience to join them in the day room for refreshments and to share in a special birthday cake to celebrate the 250th anniversary of the birth of Maria.

The Festival concluded on Sunday afternoon, where a large group travelled to Tullynally for a special guided tour of the castle with a talk by Valerie Pakenham, who recently published a wonderful edited edition of Maria Edgeworth’s 'Letters from Ireland'.

When asked as to what was planned for next year Angela Tuite from the society would only say that all the committee deserve a rest and thanked Longford County Council, Creative Longford and The County Arts Services for their support.