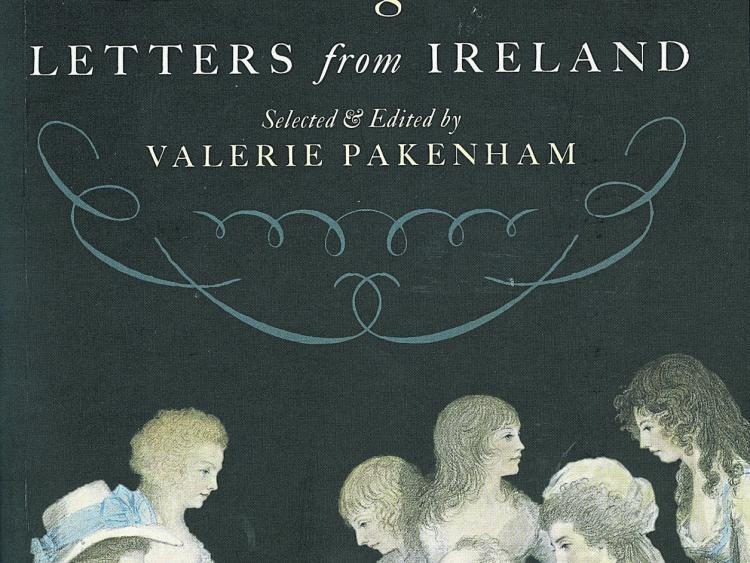 New Year's Day, 2018, is the 250th anniversary of the birth of novelist and writer Maria Edgeworth.

To mark and celebrate this significant date, Valerie Pakenham has gathered a sparkling new selection of over four hundred letters, many hithero unpublished, in a new book, Maria Edgeworth's 'Letters From Ireland'.

Reflecting sixty years of Irish history, Edgeworth's correspondence covers a remarkable period in Irish life, from the heady days of Grattan's Parliament, through the perils of 1798 Rebellion to the rise of O'Connell and the struggle for Catholic Emancipation.

This handsome new publication, which features numerous previously unpublished drawings and illustrations from Edgeworth's family, acts as an innovative and significant companion to Maria Edgeworth's 'Letters From England' and 'Letters from France & Switzerland', compiled by her great-great niece Christina Colvin in the 1970s.

But Edgeworth was a prolific and fascinating letter writer. She intended her letters only for private consumption, but fortunately her stepmother and half-sisters recognised her letters' literary and historical importance when Maria died at the age of 82.

Born in England, Maria Edgeworth was to live in Ireland at the age of 14 and spent most of her life at the family home in Edgeworthstown, Co Longford.

Encouraged by her remarkable father, Richard Lovell Edgeworth, whose memoirs she edited, she became, in turn, famous for her children's stories, her practical guides to education and her novels.

She was a contemporary of Jane Austen, Sir Walter Scott and Lord Byron who greatly admired her writing.

Her prolific correspondence, penned largely from her Irish home, is full of her vibrant personality, warmth and wit.

The wealth of detail in her letters is astonishing. They engage with science and literature, history and high-level European gossip, and the domestic concerns of life at Edgeworthstown.

Maria, a proto-feminist, helped educate her siblings and almost single-handedly took over the management of her family estate, restoring it to solvency.

The reader is also granted privileged access to her ever-expanding family circle of three stepmothers and 22 siblings - most of whom Maria outlived.

Among these were gifted artists whose previously unseen drawings and sketches embellish the volume, while the editor's extensive commentary lends crucial context to this cultural treasure trove.

Editor, Valerie Pakenham, worked as a journalist in London at Condé Nast and the Daily Mail before her marriage to the writer Thomas Pakenham.

She lived in Westmeath for over fifty years, 14 miles from Maria Edgeworth's old family home in Edgeworthstown, and is familiar with many of the places described in these letters.

The Pakenham and Edgeworth familes intermarried in the early eighteenth century and were close friends for several generations.

Maria Edgeworth's 'Letters From Ireland' is available in paperback from bookshops, online and from www.lilliputpress.ie (RRP €25/£20).