The Maria Edgeworth Literary Festival runs from May 11 - 13 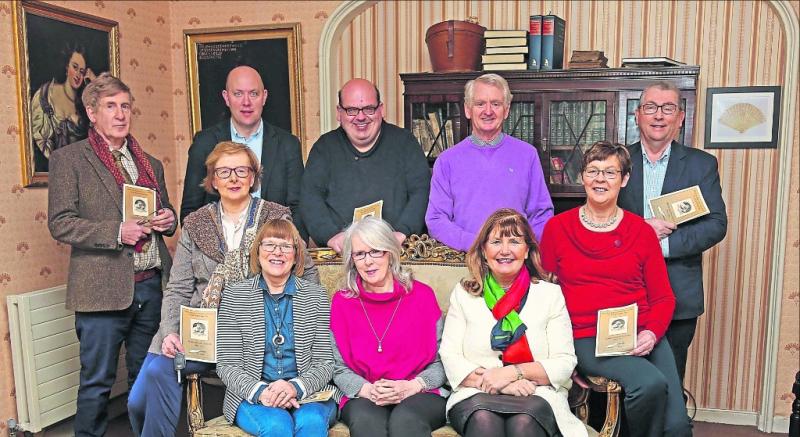 Poetry, music, song, readings and guided walks all form part of this year’s Maria Edgeworth Literary Festival which runs from Friday, May 11 to Sunday, May 13.

This year is the 250th anniversary of the birth of Maria Edgeworth and many events are scheduled throughout Ireland and across Europe.

The organisers of this year's festival have, with the support of Creative Ireland commissioned a One Woman Show, 'Maria in Mind' that will capture the life and times of one of Ireland's greatest novelists and writers.

The piece draws on her works, views, her letters, her legend, family and friends.

The festival endeavours to encapsulate all things cultural in this the European Year of Cultural Heritage.

See the program for our annual Literary Festival. This year is not to be missed as we are celebrating 250 years of the Edgeworths. — feeling excited

On Friday evening, May 11, at 6pm in the Green, there will be a children's event where the winners of the children's poetry competition will be announced.

The event will also include the local Children's Choir and a short drama piece performed by the U-15 members of the Mostrim Players. Acclaimed children's writer Sarah Webb will give her adjudicators comments and read from her work.

At 8pm in Our Lady's Manor Church actress Carmel O'Leary will perform Maria in Mind.

This will be a premiere and it is hoped that the show will go on to be performed in Universities and Institutions where the works of Maria Edgeworth are studied.

Over the years, the festival has attracted such luminaries as John F Dean, Michael Harding, Dermot Bolger, Ann Enright and JP Donleavy.

This year will be no exception, with Longford native Vona Groarke and Brian Leyden hosting creative writing workshops in the morning and reading from their works in the Manor at 8pm on Saturday night, May 12. The evening will also include music and song from Aoife Mulligan and the local Comhaltas Ceoltoiri Eireann group.

Edgeworthstown has a rich culture and built heritage; on Saturday afternoon, meeting at St Mary's Church at 2pm there will be a guided walk where visitors will hear the stories of the Edgeworth family and many more historical figures, including Wilde and Scott, all of whom have associations with the town.

Maria Edgeworth loved socialising with her neighbours and friends in the area. One of these places was Tullynally Castle. To conclude the festival, visitors can experience a guided tour of the Castle with a talk by Valerie Pakenham who recently published an edited edition of the letters of Maria Edgeworth.

Further details and bookings can be made by contacting 043 667 1801 or through our website at www.edgeworthstown.net.