Another week in Longford, another jobs announcement 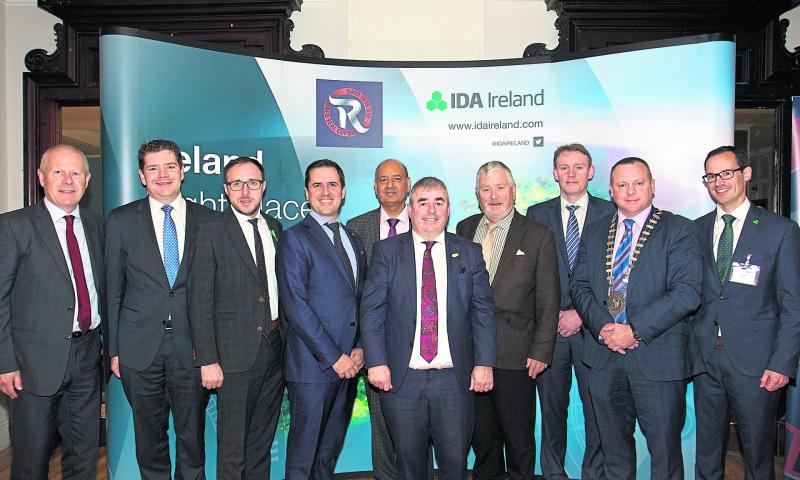 Longford's fiscal well being was given a further multi-million euro tonic this week following confirmation that a major packaging manufactuturer plans to create 100 jobs over the next three years.

Leetha Industries, which manufactures material for the medical, food service and disposable packaging industries, announced on Monday of its designs to set up base at the former Cameron site in Longford town.

Details of its imminent arrival were first made known by this newspaper 11 months ago when it was revealed talks had begun between a well known multinational and IDA chiefs with a view to taking over the running of the Aughafad site.

Those discussions came to a close last week with the Longford Arms Hotel playing host to a formal announcement on Monday morning.

The deal will see the Indian headquartered firm link up with English firm Food Containers Manufacturing UK Limited to produce a range of heat-resistant packaging to be sold throughout the UK and Europe.

In total, around €5m will be pumped into the Longford facility with a raft of positions expected to come on stream, ranging from senior management to packers and warehouse staff.

BREAKING: Over 40 highly sought after graduate jobs on way to Longford

It also brings to a projected €13.5m, the amount of investment to come Longford's way over the past two weeks.

Just 11 days previously, US medical devices firm Avery Dennison, in conjunction with its Longford based partner Finesse Medical, laid bare its plans to create 200 new posts via a $10m injection.

When building work on a 6,000 sq metre expansion comes to a close by the summer of 2019, it's envisaged a large chunk of those jobs will already be filled.

In contrast, Leetha, or Red Seal as its Longford presence will invariably be best known by, has a purpose built facility at its fingertips in which to move into.

Work on bringing the plant up to the cutting edge standards required of producing high quality products for many of its household clientele such as Costa Coffee, is now expected to begin in earnest.

Other familiar names to be attached to what can only be described as a prodigious customer base include Poland-based cash and carry group Makro as well as UK wholesaler Booker.

The latter made headlines of its own only a few short months ago when it was taken over by supermarket giant Tesco in a £3.7 billion deal.

Now, it would seem Longford is primed to adopt its share of what is already a multi billion euro marketplace.

One hundred new jobs, and sustainable ones at that, are very much proof of such optimism and of a county that's finally starting to look forward instead of over its shoulders.