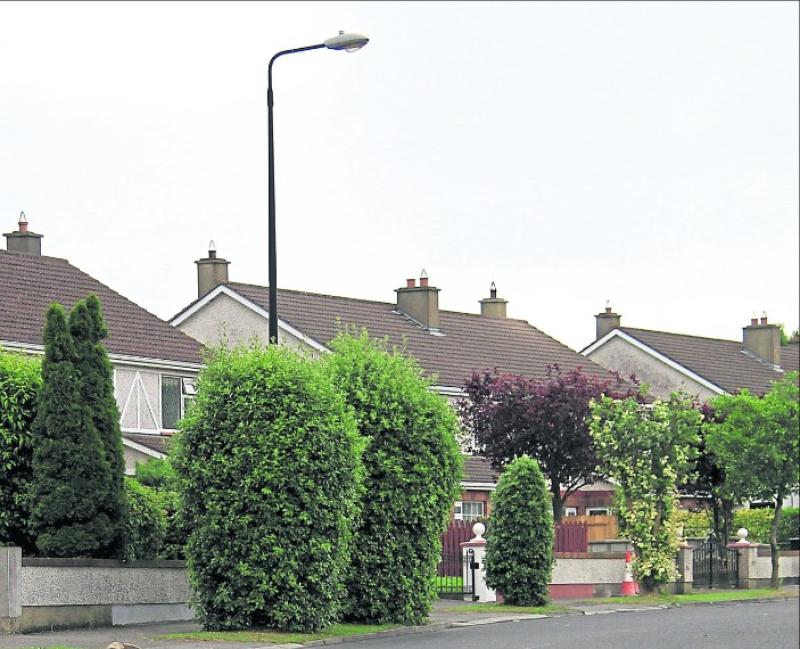 Cllr Seamus Butler says his figures do not reflect the anti-social behaviour in the Ardnacassa area in Longford town.

Local politicians have branded as “appalling” and a “disgrace to our intelligence” claims by garda chiefs that anti-social behaviour and intimidatory elements in a Longford town estate do not match up with official policing figures.

Several councillors launched broadsides at Superintendent Jim Delaney after a letter was sent to Longford Municipal District appearing to dampen claims a growing number of local residents living in the Ardnacassa and Cluain Ard areas were fearful of reporting incidents to local gardaí.

Fianna Fáíl’s Seamus Butler was the first to take aim, insisting there would be “hell to pay” at the next Joint Policing Committee (JPC) meeting over the wording used in the letter.

As he read a direct excerpt from the letter which stated: “My records do not reflect that there is a high level of anti social behaviour in the area,” Cllr Butler questioned why local gardaí were presently playing such an active part on a Joint Action Group committee aimed at addressing a number of issues in the area.

“Why the hell are the guards on a committee to prevent anti social behaviour and yet they put this raw meat in writing,” he stormed.

The Longford businessman, who is a serving JPC member didn’t stop there as he rubbished suggestions put to local politicians to report incidents of anti-social behaviour should they come across them.

“They (gardaí) know damn well the vast majority of people down there are so frightened that they won’t go on the record or report something and this is an insult, an absolute insult.

“It should be withdrawn and it is going to come up at the JPC and there is going to be hell to pay for it.

“There are people, the local authority, LCRL and all the other agencies are working so damn hard to improve it and you get something like this, it’s just contemptible.”

His party colleague Cllr Joe Flaherty gave a more diplomatic view, saying garda bosses were only able to work with the number of reported incidents that were being made before them.

He did, though, intimate an apparent rise in public mistrust when it came to various state bodies like the Gardaí and local government sectors.

“I think it’s a cultural thing that people have lost faith in policing and they have probably lost faith in local authorities to a certain extent,” he said.

Cllr Flaherty added the Council itself had to take a portion of the blame for the way certain issues had been allowed to develop.

“We, as a local authority, probably have to put our hands up in terms of the way we planned that development up there,” he stated.

“We created a lot of the problems.”

She said there were a number of instances where couples had been forced to sell up and move out of the estate for fear of coming under duress from unsavoury individuals.

And she lashed out at the protracted efforts which had beset the Council in its attempts to put pressure on garda chiefs to sign off on new CCTV cameras for the area.

“This has been going on six years and all we are hitting is stone walls,” she seethed.

“Every time we have a meeting, it’s on the agenda and I get it in a very snide way: ‘Peggy, it’s over to you.’

“Well, it’s not over to me, it’s over to you Superintendent. The whole thing is an absolute disgrace.”

Her calls were strengthened by party colleague Cllr John Browne who claimed the gardaí were “codding themselves” by relying on reported incidents of anti-social behaviour.

Like Cllr Flaherty before him, he queried the planning decisions which had allowed the estate to develop to such a size while also hinting that a growing number of properties were being bought up by absent-minded landlords.

“As I see it the scale of the problem down there is that the development is way, way, way too big. “There is only one way in and one way out,” he said.

“It would be interesting to see how many houses have changed hands over the past two years that haven’t been brought back into use because I feel there are houses being bought up at auctions and the new owners are just sitting on them.

“The letter issued by the guards though, I think they are codding themselves, they are not codding the people.”

Cathaoirleach Cllr Mae Sexton agreed with those sentiments, revealing the local authority would send a “very stiff” reply to Supt Delaney outlining their displeasure at the correspondence that was now before them.

“The letter sent to us regarding the Cluain Ard/Ardnacassa area is an insult to our intelligence and it shows little regard for our status as elected representatives of the people,” she raged.

“Have they not had enough of scandals for the last number of years not to pull up their socks and say: ‘We are going to do our job.’”