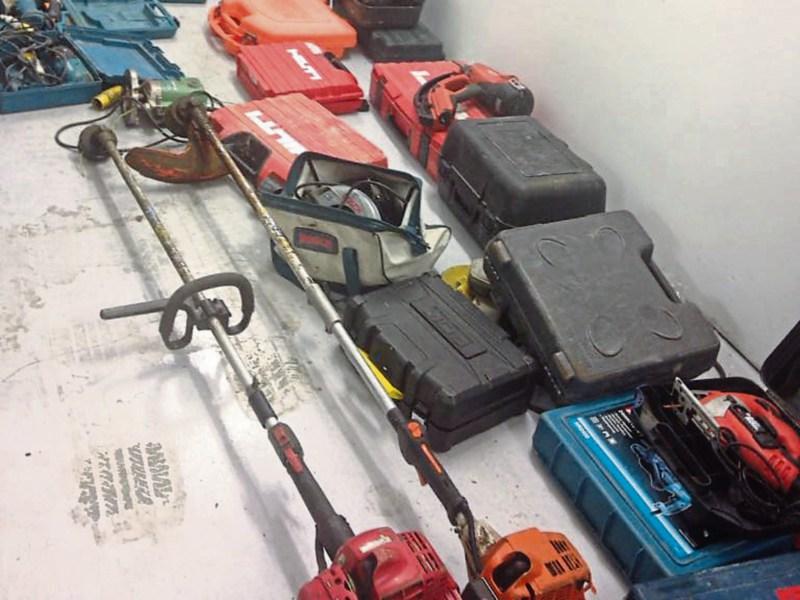 File photo: Gardaí retrieved a large quantity of garden machinery which they believe may have been taken from a series of homes and premises across north Longford in recent weeks

Gardaí are hoping to reunite a large cache of suspected stolen items retrieved following a series of early morning raids in north Longford yesterday with their rightful owners.

As revealed by the Leader late last night, an 18-year-old man is to appear at Mullingar District Court this morning after he was charged yesterday evening.

A second suspect, a juvenile, was released from custody without charge pending a file being sent to the Gardaí's Youth Diversion Office.

The searches, which involved members of the Gardaí's Armed Support Unit as well as Granard Gardaí (043 6686512), took place early yesterday morning in the Killoe and Drumlish/Ballinamuck areas.

They resulted in the retrieval of a large cache of garden maintenance and other equipment senior detectives believe may have been stolen from various locations across north Longford in recent weeks.

Among the items recovered were hedge trimmers, strimmers, chainsaws, power washers and other instruments which gardaí are hoping to reunite with their original owners.

Anyone who may have fallen foul to such incidents are being asked to contact Granard Garda Station (043 6686512) where they can view the items recovered following yesterday's operation.

Superintendent Brian Mohan expressed his satisfaction over the success of the three searches carried out and revealed there would be further arrests over the coming days.

He also reserved a special mention for the wider public for their help.

"We (gardaí) do wish to acknowledge the co-operation of the public that we received during the course of this investigation as without that we couldn't operate," he said.