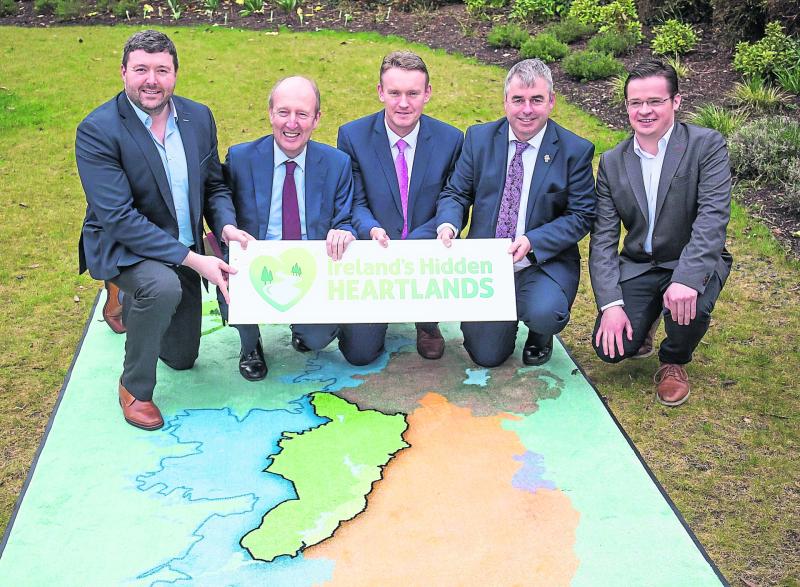 A government backed €2m investment aimed at transforming the midlands’ tourism reach is just the impetus counties like Longford have been crying out for.

They were the predominant observations made by the head of County Longford's Tourism Committee, Cllr Micheal Carrigy this week.

Like many other locally based stakeholders, the Fine Gael general election candidate was in Athlone last Thursday as Fáilte Ireland laid bare its new tourism model for the midlands, dubbed ‘Ireland’s Hidden Heartlands’.

And, according to the man charged with wrestling back his party’s Longford seat at the next election, it was an occasion which was long overdue.

“It (tourism brand) was something I have been looking for for quite some time because we (Longford) have been neglected for a long number of years.”

Cllr Carrigy said much of that acrimony at a local level had stemmed from the State tourism authority’s previously contentious decision to include Longford in Ireland’s so-called ‘Ancient East’.

“We weren’t part of that,” came the robust reply from the Ballinalee politician.

“It was so important that the midlands had a dedicated brand name in place, but also to have the staff and funding there to promote the area.”

Five employees have been taken on immediately with the bulk of the monies being apportioned to underpin the brand’s marketing and development stage.

The brand's geography will cover the ‘heart’ of the country, from Leitrim down to East Clare and extending through Longford, Roscommon, East Galway, as well as parts of Westmeath, Cavan, North Tipperary and Offaly.

A key aid Cllr Carrigy believes will help the new brand get off the ground is the considerable work which has already been done internally within the county.

“We (Tourism Committee) in our strategic plan identified the need to develop the likes of our walkways which is what we have done.

“A large part of the brand is about our nature, the boglands, rivers, forests and I feel we (Longford) are ideally positioned to benefit, but it is up to us as a county to up our game now.”

Those urgings were given further credence by OPW Minister Kevin ‘Boxer’ Moran, who said the brand had all the capabilities to “transform” the region.

“It is fantastic at last to have a tailored brand for the Midlands as this is just what we needed to develop local tourism and unite our visitor experiences,” he said.

It’s anticipated advertising for the new brand will get up and running before the end of the summer.