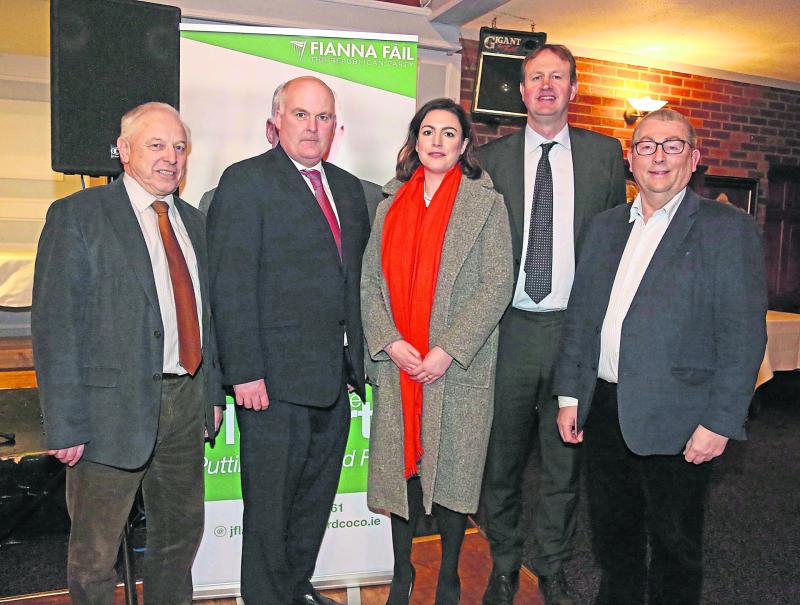 A meeting on rural crime in Abbeyshrule on Monday night heard from three Co Longford victims, one of whom has spent €20,000 over the last three years trying to secure his business from thefts and damage.

Sam Johnston, Johnston Farm Equipment Longford told those gathered that he had been burgled 17 times in the last three years, the most recent of which occured in October of last year.

Meanwhile, Grace Kearney whose parents own Kearney’s Filling Station in Granard told the meeting that the family business has been robbed 15 times over the last 35 years.

One of the worst robberies occured just last November when the assailants broke into the shop and stole thousands of euro in cash and stock, and proceeded to cause serious criminal damage to the premises.

Paddy Boyle, a well known taxi driver in Longford town told how he was assaulted while picking up a fare on Christmas Eve 2016.

He also pointed out that his home has been broken into on at least two occasions in the past.

All the victims spoke about the lasting psychological impact of the crimes perpetrated on them and the subsequent cost of upgrading security in the aftermath.

“Two fellas drove in in a van and went to my van where they took tools out of it,” Mr Johnston said as he recalled the events of the last break-in at his premises.

“They then went to the van of the building contractor who was working on the garage at the time and they took about €5,000 worth of tools out of his van.

“Then, they just got into their car and drove off.”

Mr Johnston said he finds it hard to sleep at night because of the worry over his business.
“I sleep with one eye open, to be honest with you,” the local businessman added.

“I have monitors and alarms, but then every time you go out there after the alarm goes off, you expect the worst.

“I got barriers installed at the front of the garage only two weeks ago, but I have spent €20,000 over the last three years trying to protect the premises.”

Mr Johnston went on to say that the Gardaí were doing their best and working with the resources they had.

“In fairness to the Gardaí they did catch the fellas that broke in another time and stole €5,000 worth of rally parts from a car that I was building,” he said, before pointing out that the culprits were later discovered in a house with half of the stolen property in their possession.

“Those fellas were taken to court and they got fined €250 each and a six month suspended sentence was handed down.

“In fairness to the Gardaí, they are only working with the tools they have, I don’t blame them; it’s an uphill battle for them as well.”

Meanwhile, Deputy Jim O’Callaghan Fianna Fáil spokesperson on Justice, who also addressed the meeting, said it was vital that the public had full confidence in An Garda Síochána.

He also pointed to the fact that rural garda resources were being reduced as a direct result of gangland crime in Dublin, where there is an urgent need for those resources in the capital to deal with matters.

“Those resources have an impact on the resources available to the rest of the country,” he added.
“But the community are the eyes and ears of An Garda Síochána and it is the community that can really help in the prevention of rural crime.”