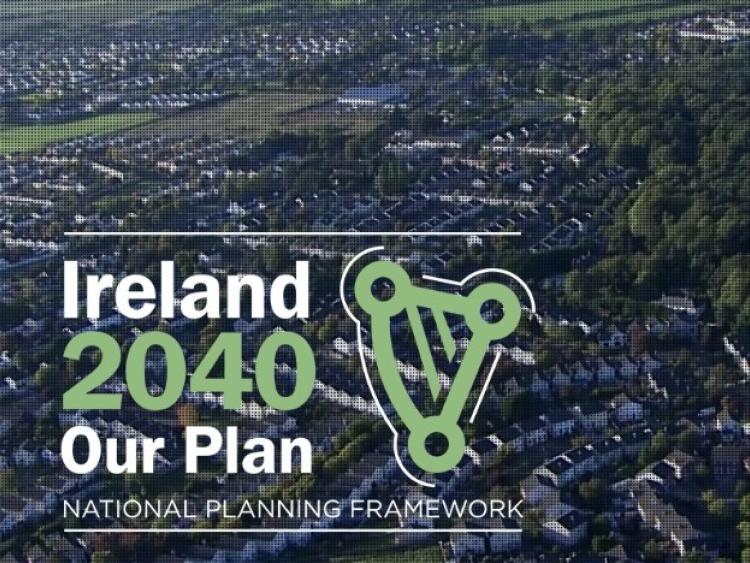 Longford and the Midland region is being overlooked in the National Planning Framework, according to local councillors, who discussed the matter at great length at the January meeting of Longford County Council last week.

The National Planning Framework will set out how best to develop the country by 2040 but the plan, according to local councillors, neglects the Midlands and will be the "death knell" of the region should it go ahead in its current format.

“This issue is probably the most important item that we are going to consider during the course of this council,” said Cllr Gerry Warnock after a presentation by the county's Senior Planning Officer, Donal Mac An Bheatha.

“This isn’t something that’s going to have an effect now, or next week. We’re looking twenty years down the road. So the way this process goes and the end result is going to have a huge bearing on the future of Longford.”

The Independent councillor went on to say he was extremely disappointed that this plan didn't live up to its potential for Longford.

“Considering the way Longford was treated under the former National Spatial Strategy, I waited with great eagerness for this National Planning Framework and I thought it could be a huge opportunity to redress a lot of the wrongs and a lot of the mistakes that were made under the former National Spatial Strategy, where places like Longford were essentially left out in the cold at their economic expense, at their development expense, at their infrastructural development expense,” he continued.

“From what I’ve seen so far, this process is going on a year now and despite the best efforts of the council, that draft knocked all anticipation and great expectation out of me because - with all due respect for the people working on it - whoever drafted that hasn’t got a scooby doo what’s going on in rural Ireland.

“They have obviously never worked in local authorities. They’re reading some sort of mad theory books from God knows where.

“There’s a very sinister element too in that I believe this is going to be enshrined in the legislation. So you have a situation going down the road when we’re looking for money for something, it’s very easy for them to shut that door on us because they’re nationally bound to go by the recommendations of this plan.”

These sentiments were echoed by Cllr Seamus Butler who agreed that those who drafted the plan were unaware of the situation in the more rural parts of the country.

“They go through these consultation processes and they don’t take a blind bit of notice because the whole thing is decided upfront,” he fumed.

“And this is just putting a veneer of some sort of democracy on it, which it is not.

“If these sorts of plans go through, then be it on the head of any government that passes this.”

The fact that there is no city specified in the was another cause for frustration with the council.

“It’s a crime that they haven’t specified Athlone as a city. Whoever has drawn this up, be it on their heads because they are putting another nail in the coffin of rural Ireland,” Cllr Butler continued.

“It’s taken the wind out of our sails. This can only be solved at a political level. We’re going to have to go on a political battle to seal our place.”

Cllr Mae Sexton was equally furious at Longford's exclusion and proposed that Longford County and other local authorities in the region make it known that they will refuse to cooperate if significant changes are not made to place more emphasis on the Midlands.

“I think we have to look at this again. We have to find a different way to respond to them - to the fact that they’re not listening to us.

“And I really think we need to talk to other county councils who feel the same as us. And I think that we need to decide that we’re not cooperating with this. We’re just not going to do it.”

Non-cooperation, however, is not an option, according to Director of Services for Longford County Council, Barbara Heslin.
“We have to cooperate with the process,” she explained.

“We can play games with this if we wish but, at the end of the day, the minister will come in and take control.

“The important thing from our perspective is that we make the strongest possible regional submission into this strategy and continue the good fight in making sure our message is listened to.”

Fianna Fáil Cllr Joe Flaherty gestured to the Fine Gael side of the room, stating that the FG councillors need to do something about this.

“The key thing to take away from this presentation is that we’re not going to be developed in this county. We’re going to be shackled,” he said.

“We’re not going to have the opportunities because the framework isn’t there to help us develop the county.

“In the context of this plan, we’re simply going to become a wasteland of warehouses. It’s deeply troubling.

“I think there’s an onus on the other side of the room to drive this,” he continued, referring to the Fine Gael councillors.

“This is a Dublin-driven plan by a Dublin government. This isn’t about rebalancing Dublin. This is about wiping out rural Ireland and fortifying Dublin.”

Independent Cllr Mark Casey was also adamant that local Fine Gael councillors make immediate plans to sit down with local Fine Gael Minister Eoghan Murphy to discuss how Longford and the Midlands can be included more in the plan.

"Any person that says this isn't political and has magic in their head," he insisted at last week's meeting.

"It's up to the Fine Gael party to sort this out, full stop. At the end of the day, this is being done by Fine Gael. We have a Minister up there who hasn't a clue what's going on in rural Ireland.

The Fine Gael councillors at the table whole-heartedly agreed that they should sit down and try to lobby the Local Government Minister.

“This will be the death knell for all of the good work that we’re trying to achieve here,” said Cllr Peggy Nolan.

“We cannot sit back and just accept this. This side of the house has to step up to the plate now and say we as a county are not going to be left behind again. We fought a very hard battle to get where we are now.

It was agreed unanimously that the Fine Gael councillors would look for a delegation to sit down and discuss the issue with Minister Eoghan Murphy, and that Longford County Council would lodge a strong submission to the Regional Spatial and Economic Strategy.