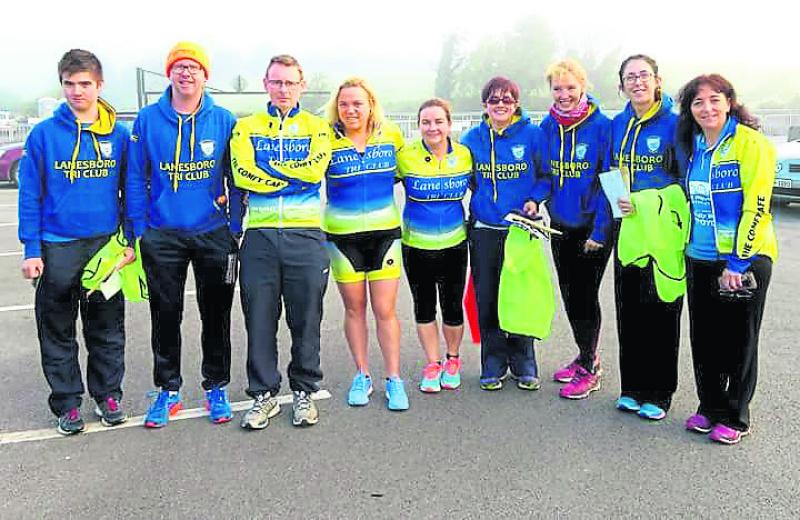 Members of Lanesboro Triathlon Club taking part in the various events held throughout the year.

Lanesboro Triathlon Club is holding an open night on Saturday, January 13 in the Co-op Hall, Lanesboro from 7pm to 9pm.

The evening will also see the launch its Zero2Tri programme with the objective of taking beginners in all or any of the three disciplines and developing them into triathletes ready to compete at the Two Provinces Triathlon in July 2018.

The Club is interested in potential members of all abilities and ambitions and boasts members from eight years to 65+, varying from those competing at a national level to those interested in keeping active and meeting new people and all in between.

“For those interested in taking part they have the option to attend three of our training sessions before becoming a club member,” said Chairperson Fidelma Brennan. “To become a triathlete you do not need anything more than your usual gym or training clothes and any bike!

“Once open water swimming begins in May/June a wetsuit is needed but not until then.

“It is a common myth that there is a need for different types of clothing, bikes etc. Come along on the evening and we can go through this with you.”

As part of the Zero2Tri programme the club has allocated additional coaching specifically for new members with the intention of developing new members.

And, of course, if a member is for example a strong runner and a weak swimmer they can join the experienced run group and the beginner swim group where they will benefit for a smaller athlete to coach ratio and more focused coaching.

Give Lanesboro club a tri