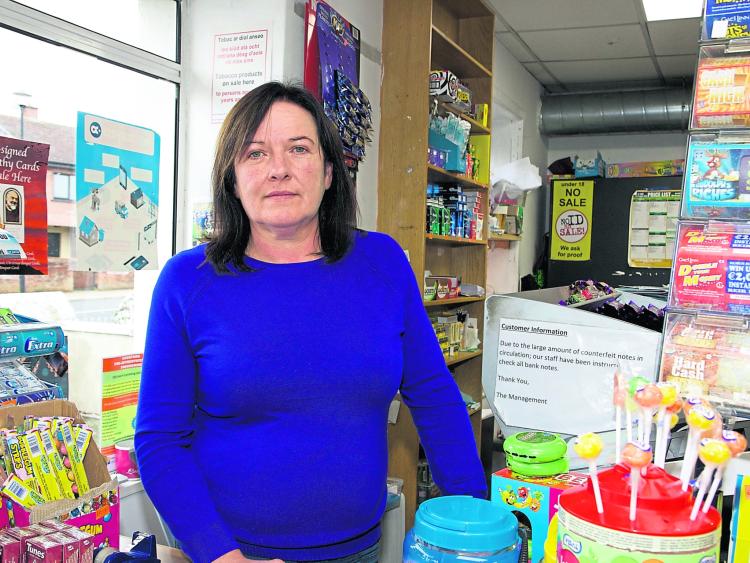 Susan Hussey, inside the shop that was ransacked last Monday week.

Detectives are hoping to make progress with their investigation into an armed raid at a shop in Longford town last week.

The raiders are believed to have escaped with several hundreds euros worth of cash as a result of the incident which took place at around 7pm.

No arrests have yet been made, but sources have told the Leader they are hoping to make inroads into their initial enquiries over the coming days.

They are especially anxious to trace the movements of the two men identified as having carried out the burglary at the Park Road based outlet.

One of the suspects is described as being Irish, aged 19 or 20, 5ft 11' in height and wearing a grey hoodie top.

The second man is stated as being 5ft 9in and wearing a black hoodie.
He too carried an Irish accent and like his co-assailant attempted to conceal his face with his hands.

The incident left staff and its owner Susan Hussey“very shook”, she told the Leader last week.

“This is a small business and something like this is very disheartening and frightening for everyone,” she said.

“The men were violent and aggressive and the staff member was terrified.”

Gardaí have appealed for witnesses and anyone with information is asked to contact Longford Garda Station at (043) 3350570.