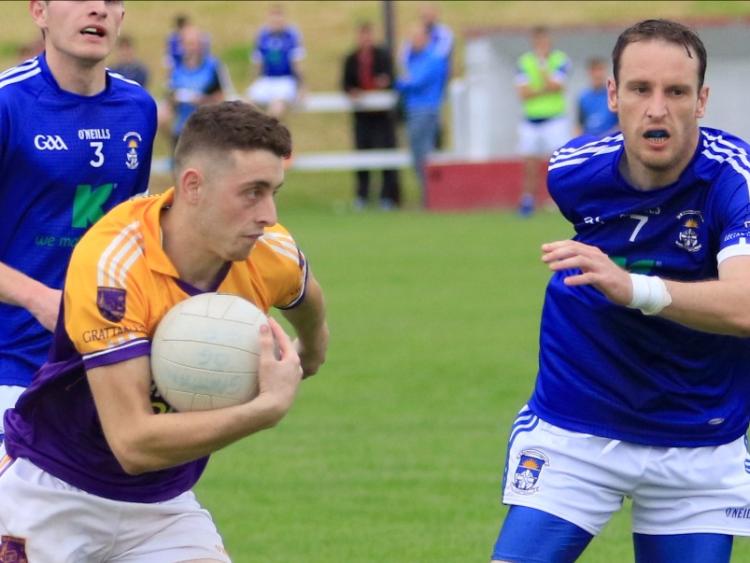 There was a lot of controversy in this Intermediate Football Championship first round clash as the spectators at Leo Casey Park in Ballymahon on Saturday evening last witnessed disgraceful scenes in an extremely nasty end of match bust up that spoiled Young Grattans win over Legan Sarsfields.

Right throughout the game tempers were boiling over between these fierce rivals and after a late goal and a point from Kevin Jones in stoppage time secured the victory for Grattans, all hell broke loose as players from both sides exchanged several blows in a frightening fracas that lasted for a few minutes before order was eventually restored.

Whatever about the circumstances that led to the mass brawl, there is no excuse for this terrible behaviour and you would like to think that such a ferocious row will not be allowed happen again such is the bad damage it causes for the GAA.

Spare a thought for Mark Glancy, a new referee who had to deal with this mess, and it must be said that the match officials in Longford have become the subject of a lot of constant criticism that is making their job very difficult indeed.

There will be different opinions on how a match is handled by the referee and that will always be the case. The officials have been prone to making quite a few dubious decisions and the straight red card that was shown to Legan midfielder Conor Quaine appeared to be harsh, at best a bookable offence after he got caught in a tangle with Young Grattans opponent John Balfe.

The Sarsfields were subsequently reduced to 14 players after only five minutes but they managed to remain in contention and only trailed by a point at the break, 0-6 to 0-5, thanks to three great saves by their keeper John Slowey including a Grattans penalty that was taken by John Hand in the 20th minute.

Victory converted another free for Grattans in the early stages of the second half but Legan hit the front with a fine goal from Noel Cox in the 36th minute and held the lead until the final minute of normal time when Victory landed a well struck free.

The sides were now all square, 0-11 to 1-8, with the Legan points on the changeover coming from Ollie Hogan (2) and Shane Cox (free), their last score of the game in the 50th minute.

A brace apiece from John Hand (play) and Gerard Victory (frees) accounted for the other scores for Grattans who had John Balfe sent-off for a second bookable offence midway through the second half.

Maybe the referee would have been wiser to have blown the full-time whistle after the regulation 60 minutes and the match would have ended in a draw to spare us from what happened in the finish but the 1-1 from Kevin Jones settled the issue.

Legan’s tale of woe was complete when Joe Keogh received a straight red card for losing his cool in a clash with Jones in the fifth minute of stoppage time.