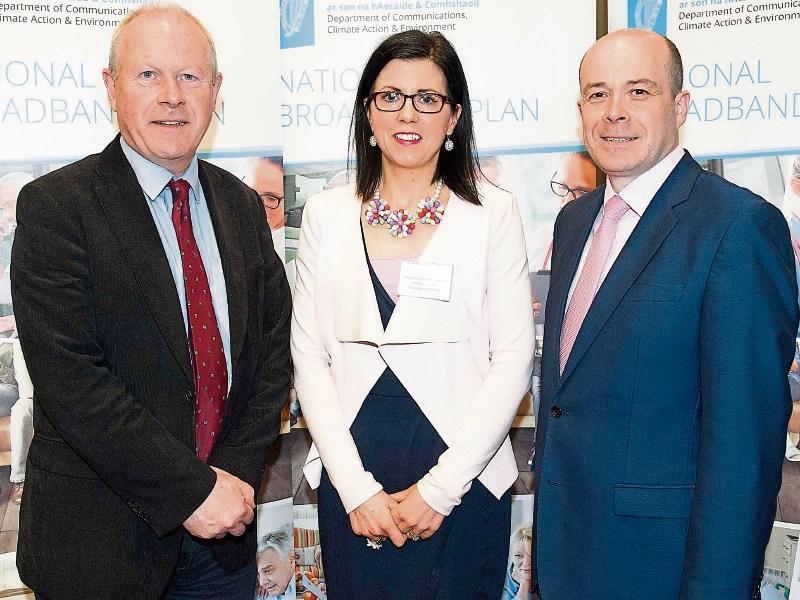 Longford County Council has stepped up its bid to kickstart the county’s high speed internet access by appointing a dedicated broadband officer.

Christine Collins has been set the task of enhancing the midland county’s availability to broadband as it looks to cash in on a steadily improving wider economy.

The move, which was formally announced by the Council last week, aims to tap into a State sponsored National Broadband Plan rollout.

Last month, the Government shook hands on a deal with Eir that will see 300,000 premises in rural areas around the country removed from the National Broadband Plan.

Instead, it was confirmed Eir intended to connect the homes and businesses to high speed broadband between now and the end of next year.

In a statement, council chiefs said they were committed to ensuring Longford kept pace with the nationwide initiative.

Longford County Council recognises the National Broadband Plan as a high priority Infrastructure Project for the county covering both business and residential areas and it recognises the central role that High Speed Broadband services plays in enabling communities prosper and business to compete on an equal footing at a national and international level,” read the statement.

To promote the NBP in Longford, Longford County Council has appointed Ms Christine Collins as Broadband Officer together with a high level Multidisciplinary Team.

“The Broadband Officer and the team are tasked with promoting an early, fast and efficient rollout of Broadband infrastructure in the County following the completion of the NBP Tender process and the subsequent appointment of the successful bidder by the Dept of Communications.

The decision to appoint a dedicated broadband officer to the county comes amid heightening criticisms over the state of Longford’s internet connectivity levels.

According to chairperson of Longford County Council’s Infrastucture and Environment SPC, Cllr Micheal Carrigy, those forebodings are about to change.

“This is part of a commitment by government to put the proper resources in place and is also a commitment by the Council to make sure all homes have proper broadband connections in place,” he said.

“What this (appointment of dedicated broadband officer) is a clear move to link in with the consumer to make sure that is delivered.”