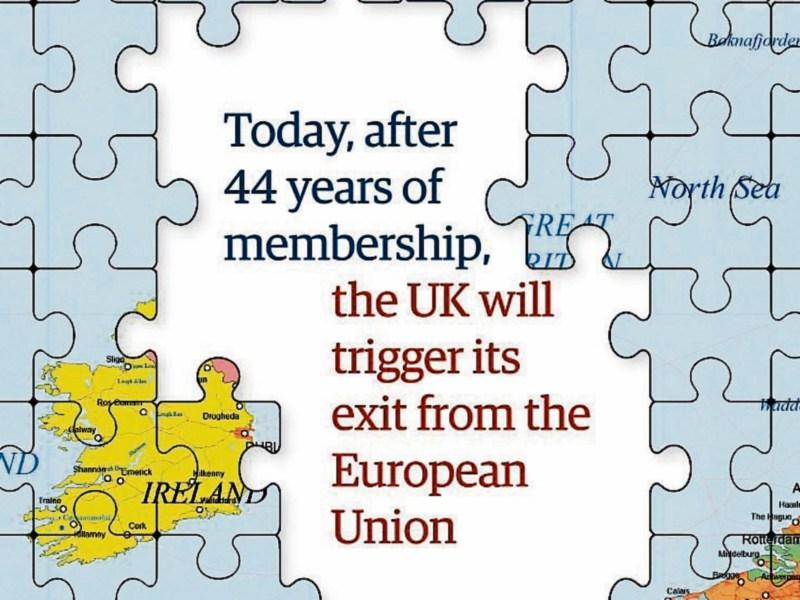 British Prime Minister Teresa May’s letter to trigger Article 50 and her insistence that she does not want the UK’s impending EU departure to “harm” Ireland, has certainly seemed to strike a chord with newshounds across the Irish Sea.

On its front page last Wednesday, The Guardian carried an eye catching front page showing the visual effects Britain’s exodus from the EU will have on the current geographical landscape.

Thanks to some nifty graphic design skills, the daily newspaper carried a picture of Europe, minus Britain, in the shape of a puzzle.

More significant from a local perspective was its decision to omit much of Northern Ireland alongside the likes of Cavan, Donegal, Dundalk and even Co Longford.

Ms May has pledged that there will be no hard borders between Northern Ireland and the South on account of Brexit, and based on The Guardian’s front page it’s just as well.

Whether the same sense of flippancy initiated on foot of the liberal publication’s front cover are shared by politicians and the wider public closer to home is very much debatable.