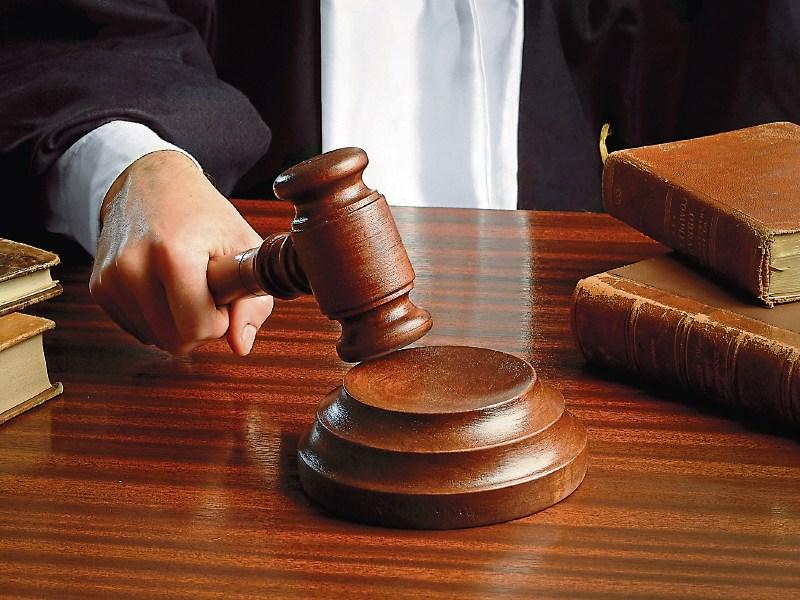 A Roscommon man has been jailed for five years with the final two suspended after he pleaded guilty at Longford Circuit Court to dangerous driving causing the death of Newtownforbes teenager Michael Warren (18) in the early hours of August 9, 2015.

The court heard how the defendant had lost control of the car he was driving at Ballymakeegan, Longford on the date in question, and as a result, the car crashed throwing Michael Warren through an open back door and onto the ground.

Mr Warren died as a result of extensive head injuries.

Mr Hayes publicly apologised to the Warren family during the court hearing and said; "If I could take this back I would".

He also added; “I am very sorry for what happened; there is nothing I can do to take away their burden.”

Outlining the case to the court, Counsel for the State, Mr Des Dockery said that on the date in question the defendant drove a car at Ballymakeegan, Longford while over the legal limit of alcohol.

The court was told that the defendant held a Learner Permit and was therefore five times over the legal limit of alcohol at the time of the accident.

An intoxilyzer test taken later that night at Longford Garda Station indicated a reading of 47mg of alcohol per 100ml of breath.

9mg of alcohol is the legal limit of alcohol for drivers on a learner permit, the court was told.

Mr Hayes drove his own car - A Volkswagen Bora, which the court was told had eight previous owners and he purchased the vehicle in July 2015.

The car was also defective in that it had two excessively worn tyres, shock absorbers were leaking and the ABS was not working.

The anti-lock braking system had malfunctioned on the night, the court heard, but a forensic examination of the car later confirmed that the system had been “like that for some time”.

The court also heard that the defendant had been traveling at 110km/h in a 50km/h zone and that road conditions on the night of the incident were “good”.

Gardaí, the court was told, concluded that excessive speeding and alcohol were major aggravating factors to the crash.

“Mr Hayes also admitted to gardaí that he took the back roads to Farnagh that night because  he did not want to be detected  by them,” added Mr Dockery before pointing out that the defendant also admitted that the radio had been “playing out loud” in the car on the night of the accident.

In mitigation, Counsel for the defendant, Mr Byrne BL said that his client had stated at the onset that he had drink taken and was the driver.

The court also heard that the defendant had been extremely distressed over Mr Warren’s death and was very apologetic over what happened.

“All those who were in the car were friends from school days and it seems that the backdoor of the vehicle somehow opened and Michael Warren fell from the car,” added Counsel.

“That was how he received his extensive injuries.”

Mr Byrne BL went on to say that his client had been working at the time of the accident, but since the incident had not worked and “was completely withdrawn into himself”.

The court was told that the defendant stays in his bedroom and rarely comes out.

“He suffers great remorse and this is his way of punishing himself for the enormously tragic circumstances of his reckless conduct,” said Mr Byrne.

Some background to the defendant’s life thus far was then shared with the court.

“Mr Hayes’ father died while the family were contemplating moving to Australia and while he and his father were over there checking everything out, his father died and it was he who discovered his father’s body,” continued Mr Byrne BL, before pointing out that Mr Hayes did not present as a criminal intent on criminality.

“Since his father’s death he developed an issue with cannabis - that is now coming under control and he is dealing with it through counselling.”

Counsel said his client had bought the car just two months prior to the accident and the vehicle had been subjected to a “recent NCT”.

“It is enormously tragic that I have to stand on my feet for the second time in two weeks in cases so similar,” the Barrister continued, before making reference to the death of a young man caused by dangerous driving in Portlaoise.

“This is an unspeakable loss for the Warren family; they lost their eldest son, their first born and elder brother to his other siblings.

“On behalf of Mr Conor Hayes I want to offer a heartfelt apology for what has happened and without meaning any disrespect to the Warren family, I feel it is important to bring to the court’s attention that Michael Warren was not wearing a seatbelt on the night of the accident.”

Mr Byrne BL also stated that Mr Hayes came from a decent family, held a work record and was not a career criminal.

“I think that it would be wrong to treat my client like he was an out of control criminal - he is not that,” said Counsel.

“He will get his life back on track, but it will take time.”

During his deliberations on the matter, Judge Johnson said that not only had the defendant driven dangerously, resulting in the fatal death of Michael Warren, but he also drove a defective vehicle while intoxicated.

"The driving of motor cars carries with it onerous responsibilities on the part of the driver and somebody who commits the offence of dangerous driving causing death while intoxicated has ignored those responsibilities and therefore must suffer the consequences of such responsibility," the Judge added.

"Michael Warren lost his life and the knock-on effect of this tragedy has been devastating for his parents, siblings and the extended Warren family."

Judge Johnson subsequently sentenced the defendant to five years, suspending the final two on the grounds that the defendant enter into a Bond of €500 to keep the peace and that following his release from prison he submit himself to supervision by the Probation Service for a period of 18 months.

The defendant was also disqualified from driving for 15 years.

The Judge also ordered Mr Hayes to pay €500 following his release from prison to the hurling club of which the late Michael Warren was a member for the purposes of purchasing a perpetual trophy in his memory.

"I want the message to go out loud and clear that the wearing of seat belts saves lives - the saving of those lives will be a fitting tribute to Michael Warren Jr and will hopefully provide some solace for his grieving family," the Judge continued.

“This accident illustrates in the most horrific way the importance of wearing seatbelts.

“If the late Michael Warren had been wearing a seatbelt it is unlikely that he would have fallen out of the car during the course of the collision and in such circumstances would have been unlikely to have sustained fatal injuries.”