2017 International Pike Classic to be held in Lanesboro 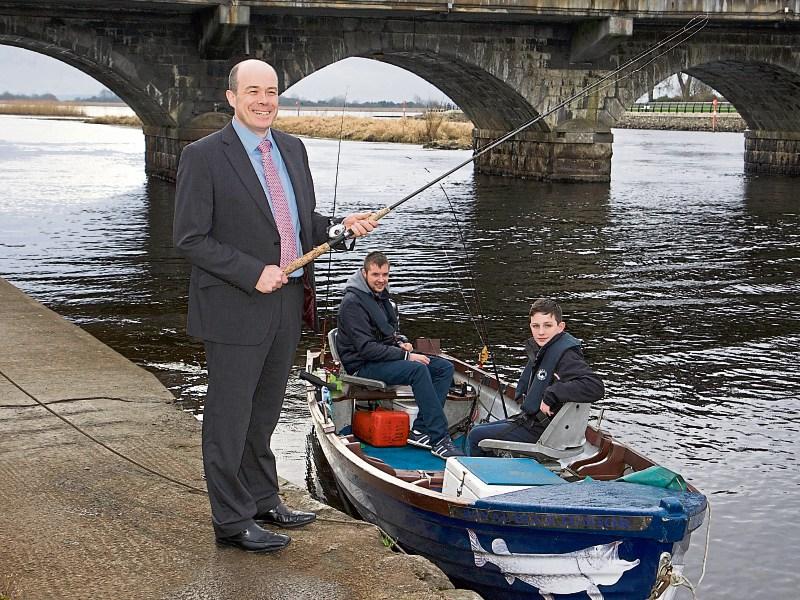 This year's two-day angling event will take place on Saturday and Sunday June 24 and 25 on the renowned 2016 World Predator Boat Championship Fishery at Ballyleague, Lanesboro on the Roscommon/Longford border.

The event is organised by Camlin and District Anglers Club for Lough Ree Angling Hub and will give participants the opportunity to win top cash prizes. This year there is a prize and benefits fund of €10,000.

“I remember growing up and fishing here throughout the years and you’d see people lined up on the banks here in Lanesboro and Ballyleague. And you literally, as locals coming in, couldn’t get a place to fish,” said Chairperson of the Camlin District Angling Club, Michael Galvin.

“It was choc-a-bloc. So it would be nice to see that we can promote it and maybe bring that back again.”

Minister Denis Naughten, who attended Friday’s launch said that the Camlin District Angling Club's concern for the welfare of the fish is something that should be acknowledged, as should the hard work put in by the community ahead of the competition.

“The initiative here and the competition towards the end of June I think is very positive. It’s building on the work that was done last year at the world championships. 142 anglers here - that’s some achievement for Lanesborough and Ballyleague and hopefully it’s something we can build on,” he said.

With the support of Roscommon County Council, who have allocated €200k from the municipal fund towards the ongoing competitions, the organisers have been able to promote the event internationally and, as a result, there are already several anglers from other countries with plans to take part.

And with a cash and benefits fund of €10,000 (including a boat trailer donated by Kevin ‘Boxer’ Moran), more anglers are bound to sign up in the meantime.

“It’s very heartening to see that already there is accommodation being booked in the area and something like this is absolutely priceless,” said Cathaorlach of Roscommon County Council Tony Ward.

“I realise that community groups need the help and support. I’m very much into tourism and jobs. I thought and felt it was important for me to be here to continue to support and encourage the people to put as much effort as possible into this.”

For more  information, or to enter the competition, see www.loughree.ie.