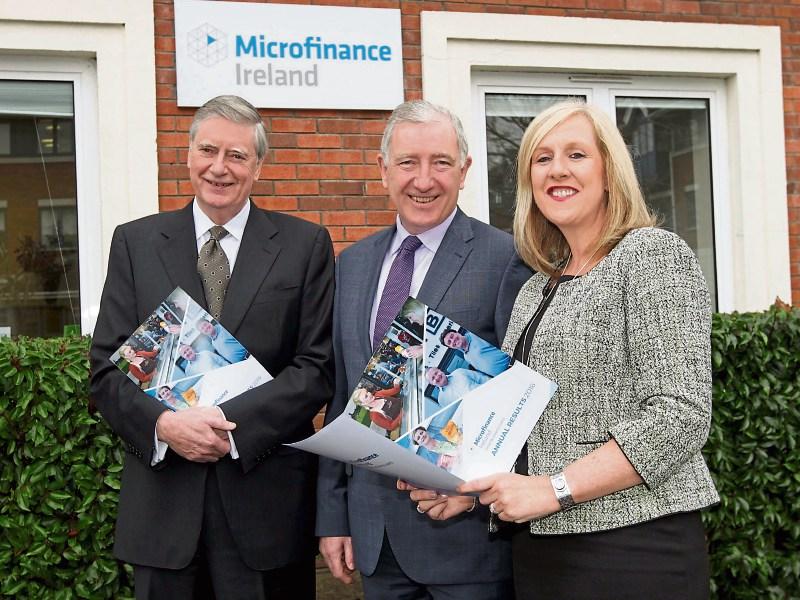 The Microfinance Ireland loans, ranging between €2,000 and €25,000, are supporting the creation and retention of local jobs by providing an alternative source of funding to commercial lenders.

Approximately two-thirds of Longford loans approved by Microfinance Ireland last year either directly, or through the Local Enterprise Offices, went to start-ups. The remainder went to existing small businesses keen to expand.

Nationally Longford was one of the highest performing counties for Microfinance loans for the year.

One business that has benefited from Microfinance Ireland support is “The Local”, a pub run by husband and wife team Gary and Sile Mulvihill in  Newtowncashel. They spotted an opportunity when their village  lost its only pub in mid-2013.

Recognising the absence of a meeting place and a social venue they set about taking over the premises.

Both had skills needed to get “The Local” back in business. Sile had worked there before it closed and has a background in accounts, while Gary’s experience in construction was invaluable in getting the premises renovated.

The couple initially raised funds from family, friends, the local Credit Union and the bank, but they still had a funding gap that needed to be filled.

Working with a local accountancy firm they submitted an application to Microfinance Ireland and got the loan approval they needed to help them open their doors in March 2015. Since then ‘The Local’ has become an important focal point for the surrounding community.

According to Gary: “Myself and Sile are truly grateful for the support we got from Microfinance Ireland without which “The Local” would not be open today. The fact that Newtowncashel has a pub once again has been hugely important for the community here and it has breathed new life into the village.”

Microfinance Ireland reduced its lending rate by 1% in July 2016. Applicants who seek loans through the Local Enterprise Office can now borrow at the highly competitive fixed interest rate of  6.8% APR. A fixed rate of 7.8% APR applies to businesses which apply directly to Microfinance Ireland.

In partnership with the network of Local Enterprise Offices,  Microfinance Ireland also launched an expert mentoring assistance to its loan approved applicants in 2016, something which is proving to be of huge benefit to business owners.

Garrett Stokes, Chief Executive of Microfinance Ireland, said: “We are delighted that so many Longford businesses are availing of our loans and our mentoring service. The one-to-one mentoring our clients can receive through the Longford Local Enterprise Office is hugely beneficial.

Mr Stokes added: “We look forward to working with many more business in Longford in 2017, and helping to spread the economic recovery. We encourage start-ups or small business owners who want to expand to get in touch with us directly, or through the Longford LEO, to see how we can help.”