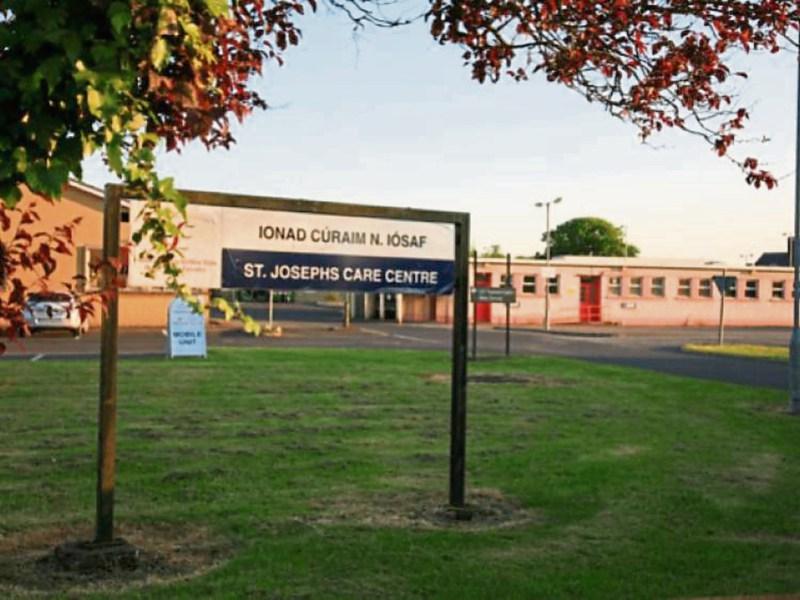 A recently published HIQA inspection report has found that there is overall satisfactory compliance at St Joseph’s Care Centre in Longford town.

Of the ten ‘outcomes’ inspected, four were found to be compliant while another four were deemed substantial.

Patient care was applauded.   However, two moderate noncompliances were identified.

Only one member of staff was employed five days a week to meet the activation needs of 68 residents and no co-ordinated activities at evenings or weekends was evident.

HIQA said that improvement in these areas was required, especially for residents with dementia, for whom a one-to-one or small group activity programme should be made available.

In its report, HIQA indicated that the unannounced inspection   took place on September 6 last. The inspector spoke with residents, staff members, and reviewed documentation and practices.

“Progress with completion of the four action plans following the last inspection in March 2015 was also reviewed and the inspector found that all actions were completed with the exception only of an action referencing non-compliance with the layout and design  of multiple occupancy bedrooms in meeting the needs of residents, which was partially completed,” the report continued.

“Overall the inspector found that there was satisfactory compliance with the requirements of the regulations in most areas, however improvement was required to ensure residents’ activation needs were met including review of staffing resources in this area.”

The report went on to say that protocols were required at St Joseph’s Care Centre for subcutaneous fluid administration and to inform appropriate use of pressure relieving equipment.

It added, “bedrail use required review to ensure use reflected the national restraint policy guidelines”.

In a statement, the HSE said the matters identified following the inspection had been addressed, with each ward assigned a dedicated activity co-ordinator.

“All staff have attended training to support dementia residents in activity programmes,” the statement continued.

“The other moderate noncompliance related to the premises itself, comprising the Padre Pio, St Therese’s and lodge units where HIQA noted that the lodge has been refurbished to a high standard, with plans in place to bring the others in line with guidelines.

“This is a condition of the centre’s registration with HIQA.”

Meanwhile, Cllr Peggy Nolan (FG) paid tribute to the staff at St Joseph’s  Care Centre whom she added, “provided an excellent duty of care to patients”.

Cllr Nolan pointed to the issues identified in the report and said they were funding related and a matter for the HSE to address.

“Those matters are because of cuts to funding, so it really beholds the HSE to look at one to one activities with patients and both fund and employ the staff for that,” she added.

“The general public has a lot of faith in St Joseph’s, so let the HSE step up to the plate now and ensure that whatever resources that care facility needs, it gets them.”