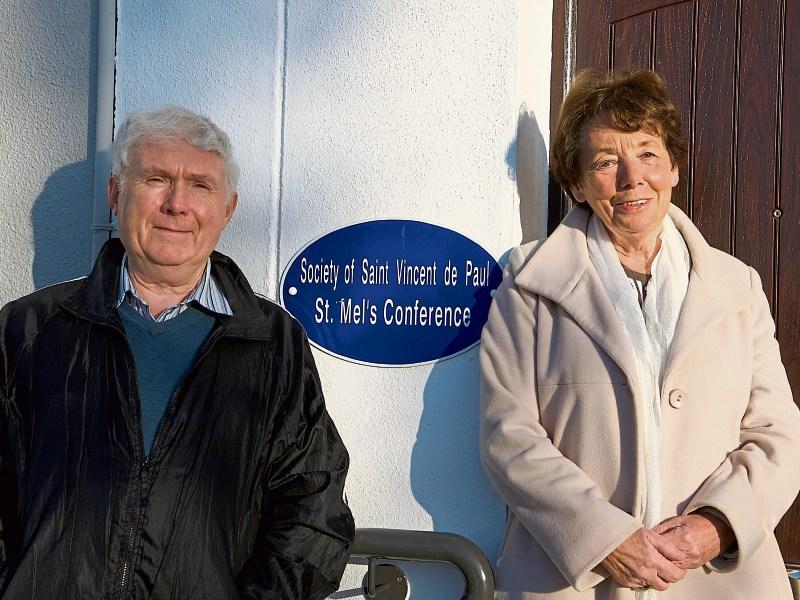 This year, like most others, there have been serious demands on the services provided by the organisation locally, and nationally the Society launched its Christmas Appeal last week.

President, St Mel’s Visitation Conference, Kathleen Mimnagh told the Leader that calls for help had increased significantly during the course of  2016, and there were many people throughout Longford town and beyond experiencing hardship because of the ever-increasing cost of living.

As the festive season approaches, SVP is reaching out to all its supporters in the hope that the momentum of the many generous donations already received will continue.

Locally, SVP provided a lot of support this year to families when children returned to school back in September and there was also help provided by way of food, assistance with electricity costs and household fuel.

“More and more people are looking for help to put food on the table - that is the reality now for many people,” added Ms Mimnagh.

The local president also pointed out that while the installation of electricity meters had lessened the demands for help with bills, fuel poverty was still rife, with many people sitting in the cold because they could not afford to buy necessary fuel.

“Help and support for Back to School was also very high this year, especially for school uniforms and books,” she continued, before pointing out that those involved in SVP locally could receive up to 40 calls on the helpline every week.

Each request, she confirmed, is then followed up by a visitation.

“At the moment we are busy organising the Christmas hampers and the Lions Club hold a Christmas Food Appeal for us every year, which is very much appreciated,” Ms Mimnagh added.

“We appreciate everything we get and are appealing to the people of Longford for help once again this year.”

Meanwhile, John-Mark McCafferty, SVP’s Head of Social Justice and Policy, said that housing is becoming a more serious matter with each passing day.

“We need swift action on social housing to meet the needs of these families,” he said.

“Since August 2015 in Dublin alone, the number of families living in homeless accommodation has jumped from 607 to 998 and the number of children in those families has gone from 1,275 to 2,012.

Meanwhile, SVP volunteers in Longford and further afield continue to assist with practical support including financial assistance and referral to relevant agencies.

“SVP also provides social housing and emergency accommodation and is therefore at the heart of the housing and homelessness issue,” he added.

“We want to see real progress on the targets for 2016 set out in Rebuilding Ireland - the Government action plan for housing.”