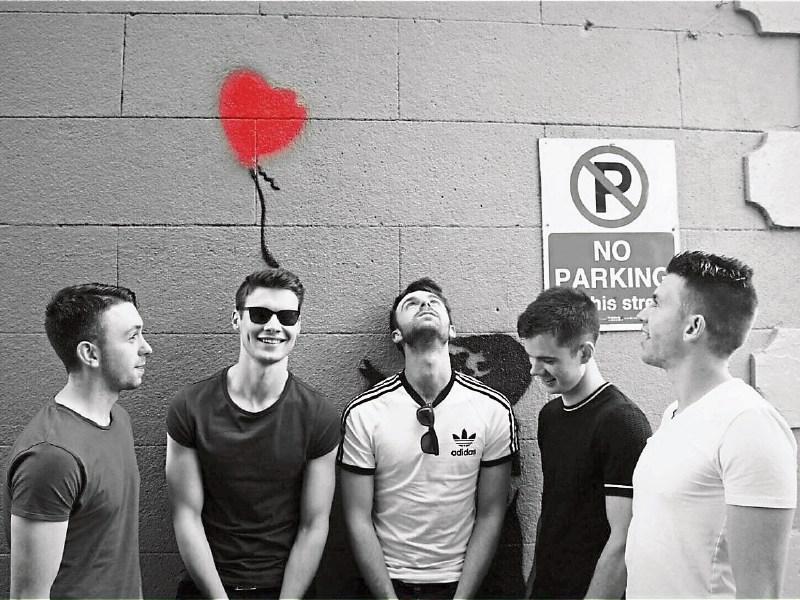 It's been just over a year since Brave Giant last played at the Backstage Theatre, and what a year it has been.

In  October 2015,  the five-piece from north Longford -  made up of vocalists and guitarists Mark Prunty and Podge Gill, banjo and mandolin player Ross McNerney, drummer Emmett Collum and bass player  David Kilbride - played to a full-to-capacity theatre, with promises to release an EP.

Fast-forward just fourteen months and the change is scarcely believable. The boys have a range of performances, such as Indiependence, Electric Picnic and some UK festivals under their belts, as well as a four-song EP 'Lordy Lordy' which spent almost a week at number two on  iTunes, joining heavy-hitters such as Beyoncé and the late Prince. Two videos have also been released; one for title track 'Lordy Lordy' and the other for 'Easy'.

“As regards some of the gigs that we've done... it's been massive,” recalled Podge Gill. “When you're in the middle of it, you don't have the time to think about it, but to look back and see what we've done... It's been fairly crazy.”

Speaking about the Lordy Lordy EP, he continued; “We definitely never expected that kind of reaction, but it just kind of snowballed.”

As well as festivals, the band has enjoyed a number of high profile gigs, including two sell-out dates upstairs at Whelan's. They will also play  Dublin's Workman's Club on December 17, which is  sold out.

Next year, the hope is to take on Whelan's Main Stage, while calls have already come in for Brave Giant to take on the States, a task Podge said the band would 'relish' if the opportunity presented itself.

The main aim, fans will be thrilled to hear, is to get back to the studio in the early part of 2017 to record a second EP.

While their appeal has certainly stretched far beyond the borders of north Longford, the home crowd is continuously supportive of their favourite sons, as Podge was keen to point out.

“We knew we were going to be playing Backstage from April or May. We put up, I think, one post online and it was gone in a matter of days.

“It's brilliant that the support is so good at home. Backstage last year really kickstarted us on our vision and transformation from a cover band to an original band.

“It's brought a nice 360 turn to it in the past year and [Friday's gig] is something we're really, really looking forward to.”