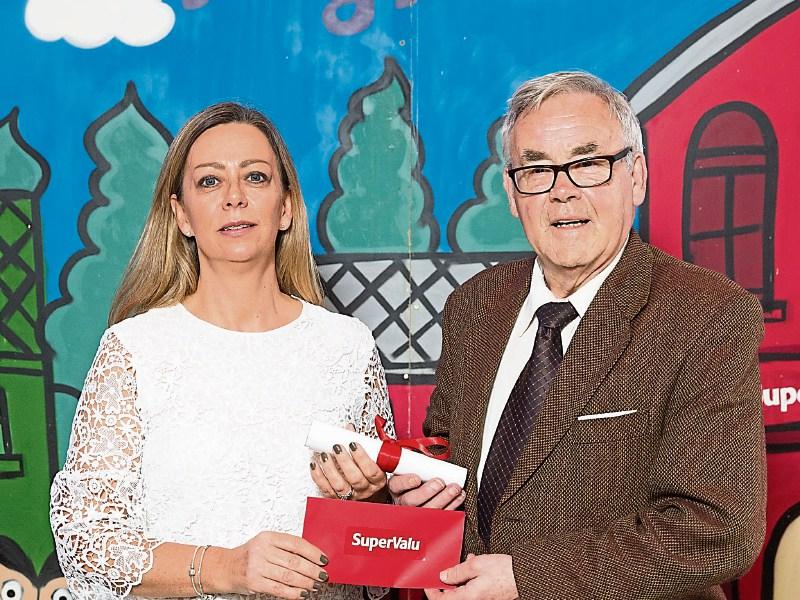 President and long-time member of Longford Tidy Towns, Andy O'Dowd was honoured at the results of the SuperValu Tidy Towns Competition in Dublin's Helix on  Monday last.

Mr O'Dowd was one of just a handful of volunteers nationwide who were highly commended with a SuperValu Community Hero Award, after being nominated by local SuperValu retailer Roy Davis for his unwavering commitment to enhancing his local community.

“It felt very good,” Andy smiled. I appreciate it and it shows that people appreciate what you do. I hope it’ll motivate people to keep Longford moving up the ladder.

“There was a small drop back in the IBAL but the Tidy Towns results show we’re on the right track!”

Speaking after attending the celebrations in Dublin, Andy admitted that he didn’t know about his nomination until the weekend.

“I didn’t expect it at all, but having said that, I appreciate it very much.”

Paying tribute to the hard work done by Tidy Towns groups across the county, Andy also congratulated Longford Tidy Towns Chairperson John Farrell, the committee and volunteers for their result, which saw Longford’s score increase by four points to 302.

“The increase is wonderful,” Andy added. “I’m delighted for John and all the volunteers after their hard work.”

The hard work definitely paid off, with Longford earning a Bronze Medal Award in its category. The town was also commended in the county awards.

Elsewhere in the county, Newtowncashel came highly commended and also won a Silver Medal Award in its category after increasing by three points to 317.

Moydow  enjoyed great success this year, picking up the county’s Endeavour Award for a 5.88% improvement on last year’s results, bringing the area to a score of 204.

The south Longford village was the county winner, and was also named runner up in the Clean Air Award, which was won by Emly, Co Tipperary.