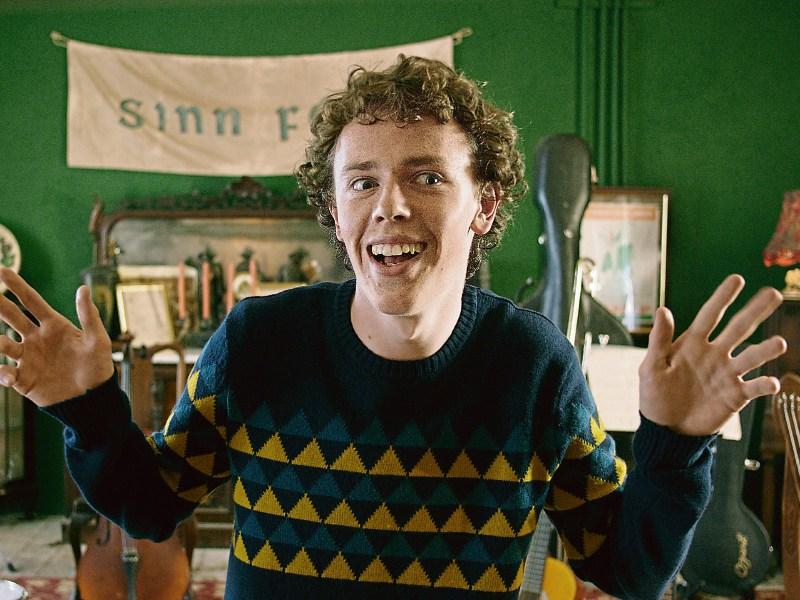 That has since translated into Irish Film and Television Academy (IFTA) award nominations, with the TG4 musical comedy drama earning an impressive three nominations, the same amount as the ever-popular Mrs Brown’s Boys, a point of great wonder for the 17-year-old.

“I heard that the nominations were coming out on the Wednesday so I was keeping an eye,” admitted Daire, who played the role of Aodh in the series.

Calling on Daire’s skills as an actor and musician, ‘Eipic’ was deservedly nominated for the Irish Language programme; Director - Soap and Comedy; and Children’s and Young People’s programme categories, going up against such heavyweights as Ros na Rún and Red Rock.

Written as part of the 1916 centenary celebrations, it followed five teenagers who took over the local Post Office to start a musical revolution.

Since the success of ‘Eipic’, Daire, the son of Máirtín Ó’Muirí and Colette Meally, has kept on performing and attending auditions.

Most recently, he played a starring role in the Backstage Youth Theatre's powerful 1916 production; “2016 - A Coming of Age” at the Backstage Theatre.

For now, acting is taking a back seat to the St Mel’s College student’s Leaving Certificate exams, but he is far from ruling out future endeavours on the stage and screen.

“I might not go straight into an acting course,” he revealed.

“At the moment I’m planning to do Primary School teaching and see where it goes from there.”

In the nearer future, Daire and his co-stars will be eagerly awaiting the IFTA awards on October 7.