Ploughing all the way for Co Longford 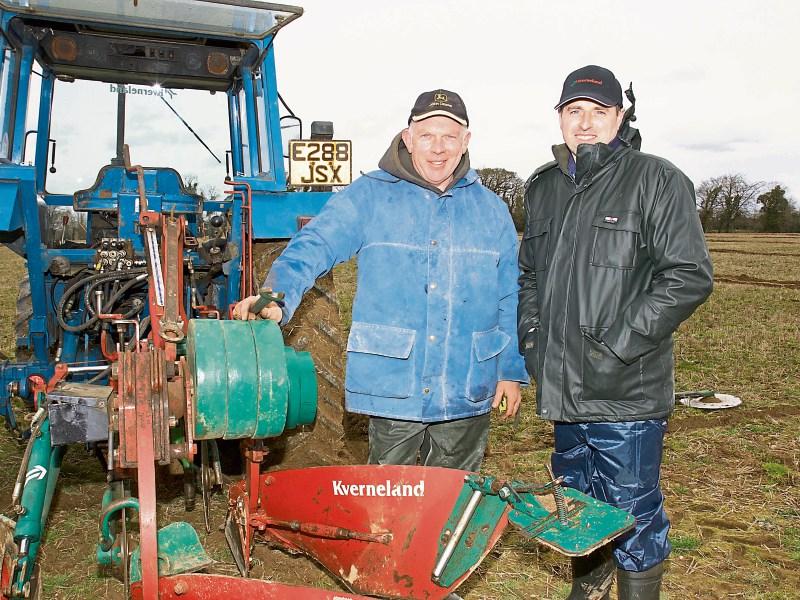 Co Longford’s champion ploughmen and women are battling it out for those much coveted All-Ireland titles at this year’s national ploughing championships.

Taking place this week from Tuesday, September 20, this three day event will see crowds from all over Ireland, Wales and the UK descend on the site to sample all the very best of rural life in Ireland.

Meanwhile, on Tuesday, Longford’s John Campbell took part in the 3 Furrow Senior and Junior competition, while Edgeworthstown’s Séan Monaghan battled it out in the U28 conventional plough class.

Anthony Reynolds and Martin Reilly also stepped out into the ploughing arena as they participated in the Intermediate Conventional Class.

Charlie Stewart represented the County in the Vintage 2 Furrow trailer plough class while Jack Mills took part in the U21 conventional plough class.

Speaking to the Leader, chairperson of Co Longford Ploughing Association (LPA), Cynthia Geelan said the county team was all geared up and ready to compete at this year’s event in Co Offaly.

This will be Jack Mill's, Leanne Shaughnessy, Connor Mulligan and Mel Mc Kenna's first time to plough in the national ploughing championships so I want to wish them all the best,” she added.

“Enjoy and day and keep it straight!!.”

The local Queen of the Plough went on to say that Longford’s representation at this year’s All-Ireland Championships was a great achievement .

“Personally, this will be my seventh national ploughing championships to compete in and I hope to do Longford proud,” she smiled.

“Longford ploughing will be well represented this year and not just with competitors; our members will be acting as road stewards, officials, car parking attendants etc.

“I wish everyone travelling in the championships a safe journey and an enjoyable few days.”

Meanwhile, keep an eye out on Wednesday for Cynthia who will participate in the Farmerette Conventional Plough Class.

Also out on the field on the day will  be Leanne Shaughnessy in the Macra 2 Furrow Plough Class; Billy Stewart in the Vintage 2 Furrow Mounted Plough Class and Bernard Casey in the Senior Horse Plough Class.

On Thursday, all eyes will be on Connor Mulligan and Mel McKenna who will take part in the Novice 2 Furrow Conventional Class and Junior Conventional Plough Class respectively.

John King will take to the field in the Vintage Single Furrow Mounted Plough Class and Eamon Egan in the Special Horse Plough Class.

The county will also compete in the Loy Digging classes.