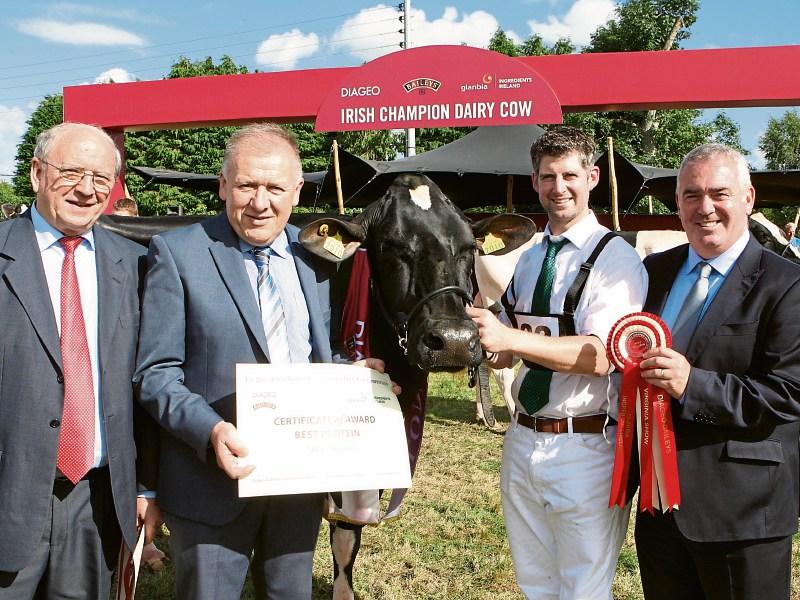 The competition which dates back to 1983 rewards strength and form in body conformation as well as proven excellence in quality milk production and is sponsored by Diageo in partnership with its cream supplier Glanbia Ingredients Ireland.

According to this year’s judge Kevin Wilson, “They were tremendous cows, the standard was very high. They would grace any show in the world.”

Hazel Chu Diageo Ireland's Head of Corporate & Trade Relations said that Diageo’s production bases for Baileys in Dublin and Mallusk "relied on a top quality cream supply and that the competition was an opportunity to reinforce the provenance of Baileys and the quality of its primary raw ingredient.”

Chairman of Glanbia Ingredients Ireland, Henry Corbally praised all the entrants for the calibre of pedigree cows on display and he congratulated the Virginia Show on its 75th anniversary.