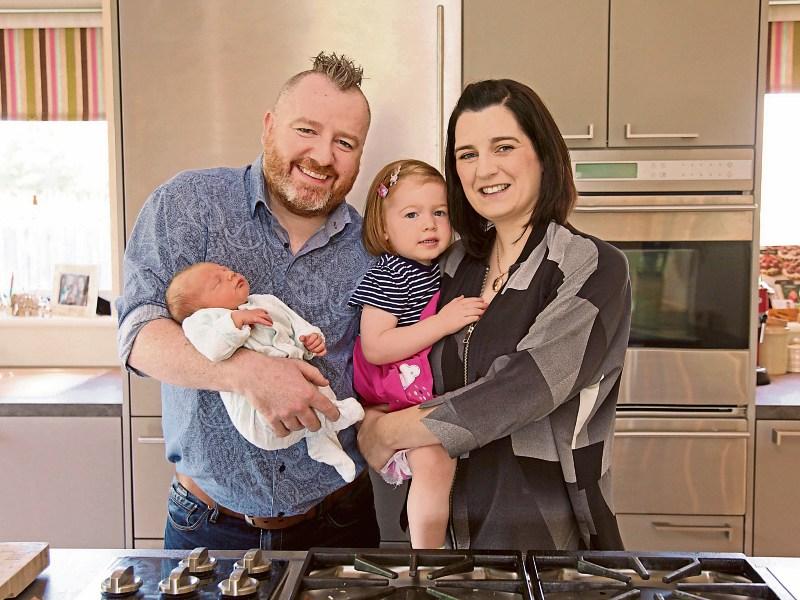 Renowned chef Gary O'Hanlon is celebrating this week after a whirlwind weekend which saw him become a Dad for a second time while also being crowned the top chef in Leinster.

The Donegal native  had been busy packing more than a few culinary essentials ahead of a scheduled appearance at the Ulster county's Taste of Donegal Food Festival on Friday night.

Those preparations took an emotional turn moments later however as the Viewmount House head chef was about to set off up the N4.

“I was just loading up the jeep to go when I got a hell of a fright when Annette's (wife) waters broke in the kitchen.”

Instead of taking the more customary route via Sligo, the couple, knowing they faced a race against time,  opted for the confines of   Cavan General Hospital.

“A quick pit stop in Cavan and thankfully wee Ollie was born at 4:25pm,” Gary cheerfully remarked as he revealed his delight that the couple's two-and-a-half-year-old daughter Cora now had a baby brother to dote on.

Safe in the knowledge both mother and the latest addition to the O'Hanlon household were fine and well, Gary eventually arrived with five minutes to spare before his scheduled 8pm appearance.

The following day, the Granard-based cook was back in the Viewmount House kitchen doing what he does best and what has served him so well for the past 23 years.

Less than 24 hours later, Dublin's Intercontinental Hotel was the venue for the 2016 Food and Wine Magazine Awards.

So often the bridesmaid in what is arguably  viewed as the premier event in Ireland's restaurant industry, Gary was named Leinster's top chef for the first time.

“It's great to get it and it's great to see something like this come to Longford,” said a jubilant Gary.

“It's my first time to win in it in Leinster and it's brilliant after eight long, hard years.”

Despite his obvious personal sense of pride, Gary said the honour would not have been possible without the input of his trusted sous chef, Daniel Skukalek.

The Slovakian chef has proven to be a trust y sidekick for the newly-crowned father-of-two ever since his arrival at Viewmount in 2008.

“Eight years ago, I came across Daniel in Athlone and within five minutes I knew I wanted him to be my sous chef,” admitted Gary.

“He was only 20 but I can honestly say he is the best I have ever seen and I am very fortunate to have had him by my side for the last eight years.”

As he continued to heap praise on his colleague and reflect on the events of last weekend, Gary said he was looking forward to some quality family time while also catching up on some well-earned sleep.

“It's been an amazing weekend to say the least,” he said, adding he was en route to collect mother and son from hospital.

“I am really running on adrenalin at this stage, but it's all been worth it.”