Co Longford's best known drake dies at the age of 15 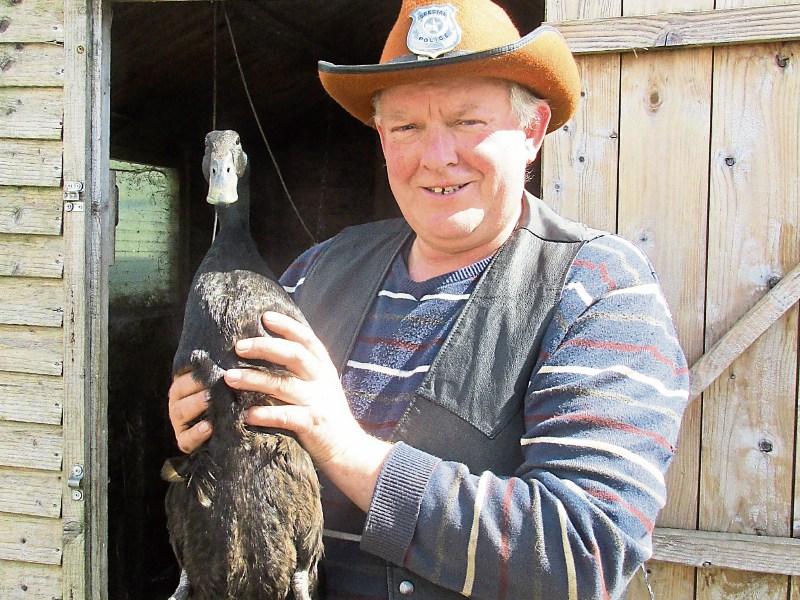 He had graced the pages of the Daily Mail magazine, the Sunday World, the Belfast Telegraph and, of course, the Longford Leader.

He featured on Irish TV and  had a starring role in a new book called 'Animal Crackers' written by Colm Keane and newsreader Una O’Hagan.  He was even blessed by Fr Brian D’Arcy in Enniskillen in 2014.

But last week, Hannabal Hayes, arguably the country’s best known drake, died after a brief illness at 15 and a half years old.

That he had lived long beyond the average lifespan of a drake is a testament to the love and care that he received from his owner MC Hardcastle in Dromard.

Hannabal Hayes had an extraordinary life and he was a great friend to MC Hardcastle who is deeply saddened at the death of the drake.

Together the pair appeared in many media organs and it is particularly poignant to note that the new  book 'Animal Crackers', which contains over 70 Irish pet stories, features MC and Hannabal and some highly amusing stories from their times together.

The stories are now part of a wonderful memory bank for MC Hardcastle and all those who kept track of the life and times of his good friend Hannabal Hayes.