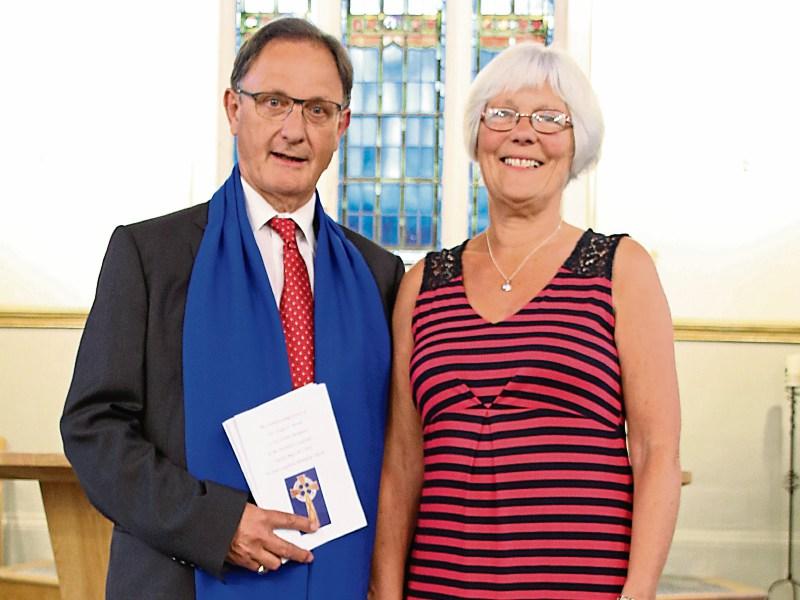 A County Longford native has been appointed to a senior post in the Methodist Church in Ireland following its annual conference, which was held in Portadown last weekend.

Dr Fergus O'Ferrall, who is originally from Abbeyderg in Kenagh, will serve as the Church's Lay Leader of Conference for the next two years.

“It's a representational role working alongside the Church's President throughout Ireland and overseas,” he explained, adding that it also promotes the role of lay people within Methodism.

“Each year the Methodist Church here gathers for a conference, which meets for four days. The officers are the President and Secretary, who are ordained ministers and are elected each year, and a Lay Leader, who is elected every two years. The President and Lay Leader share the chairing of the conference.”

One of Dr O'Ferrall's first functions as Lay Leader will be to attend a three-day conference on the future of churches at Trinity College Dublin and in August he will lead a group of nine lay preachers and ministers to South Africa. He will also be attending the World Methodist Council in Houston, Texas, in September.

“It's a voluntary post but I can do it quite happily as I'm retired,” explained Dr O'Ferrall, who now lives in Cabinteely. “It would be more difficult if I was still working.

“Each week will be different. I will be travelling to churches throughout Ireland to lead and participate in worship and will preside over committee meetings, all the time encouraging lay people to represent their Christian views on a range of issues.”

Outlining his links to County Longford, he said: “I was born in Abbeyderg and lived on a farm there with my father, George, my mother Vera, and my brothers Neil and Rory.

“My mother was a school teacher in Rathowen and she would drive us there every day.

“I was then educated in Wesley College and studied history and politics in Trinity. After that I did a H Dip and Masters in Education.”

During his professional career he served in senior roles with voluntary bodies such as Macra na Feirme and Adeleide Healthcare, and as a lecturer at Trinity College.

Dr O'Ferrall is married to Iris and the couple have three grown daughters: Eilís, Deirdre, and Sinéad.