Back to square one for former Annaly Hotel premises 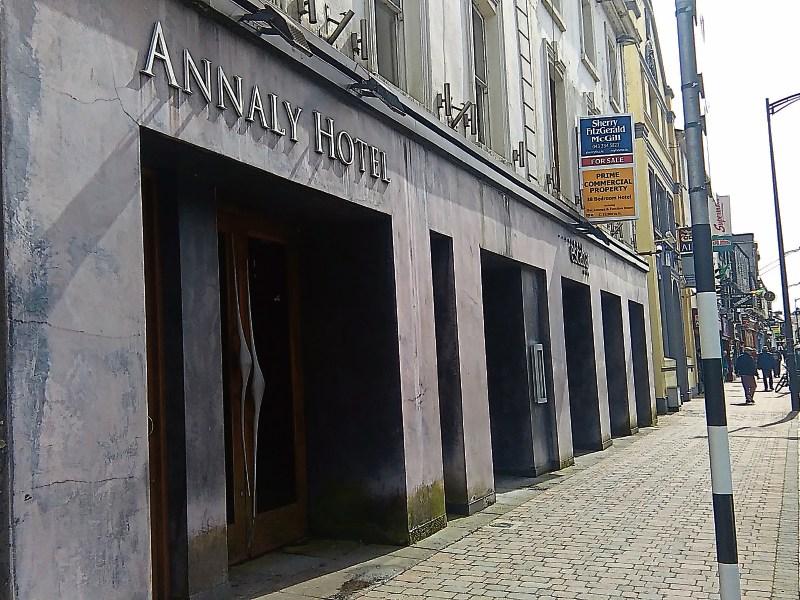 Plans to sell the former Annaly Hotel premises in Longford town have been scotched after the property was withdrawn from sale last week.

The landmark building on Main Street had been garnering significant interest. An offer of €150,000 was placed on it last April but with at least 27 viewings taking place during its time on the market, the asking price soon jumped to €300,000. A French consortium is believed to have been one of the parties which expressed an interest in acquiring the property.

However, Fintan McGill of Sherry Fitzgerald McGill, the estate agents tasked with selling the property, confirmed that the premises is no longer for sale when contacted by the Longford Leader this week, although he declined to comment further on the matter.

The building, which comprises 38 bedrooms, a dance hall, bar, and an adjoining quarter-acre site has been vacant for the past decade.

Sean Dalton Auctioneers are currently advertising a separate 1,500 sq ft section of the complex for rent as office space at €1,500 per month.