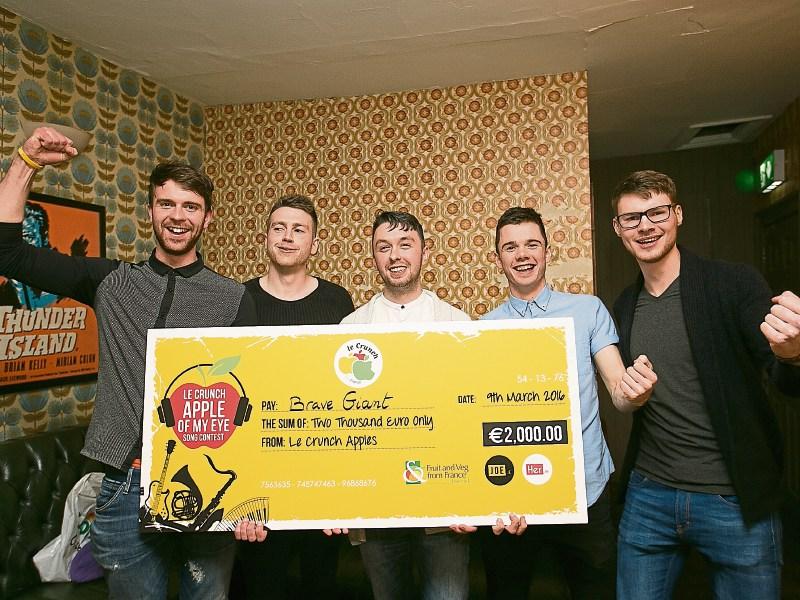 The group - consisting of Mark Prunty (guitar/vocals), Podge Gill (guitar/vocals), Ross McNerney (banjo/mandolin), Emmett Collum (drums) and David Kilbride (bass) - were one of five finalists, whittled down from the hundreds of entries received for the competition.

Their mash-up of Bob Marley’s ‘Is This Love?’ and Daft Punk’s ‘Digital Love’, aptly titled ‘Is This Digital Love?’ proved popular on the night, when they performed it to a packed audience and a panel of judges including Niamh Farrell (HamsandwicH), Shane Dunne (Indiependence) and Paddy McKenna (Joe.ie).

Of course, many had already seen the entry, as the video went viral within hours of its release in mid-February. It had been viewed over 50,000 times before the final.

Pointing out that the response to the competition had been ‘immense’, Sandrine Gaborieau, Marketing Director of Le Crunch, thanked all who entered before adding; “As usual, there was a very difficult choice to be made by the judges but we feel that Brave Giant just pipped the other finalists to the post.”

Acknowledging the efforts of Joe.ie and Her.ie in helping to run the competition, Sandrine added; “We’d like to wish Brave Giant the very best in what we all hope will be a long and successful career for them.”