Update on General Election 2016: Longford's hopes of a TD fade 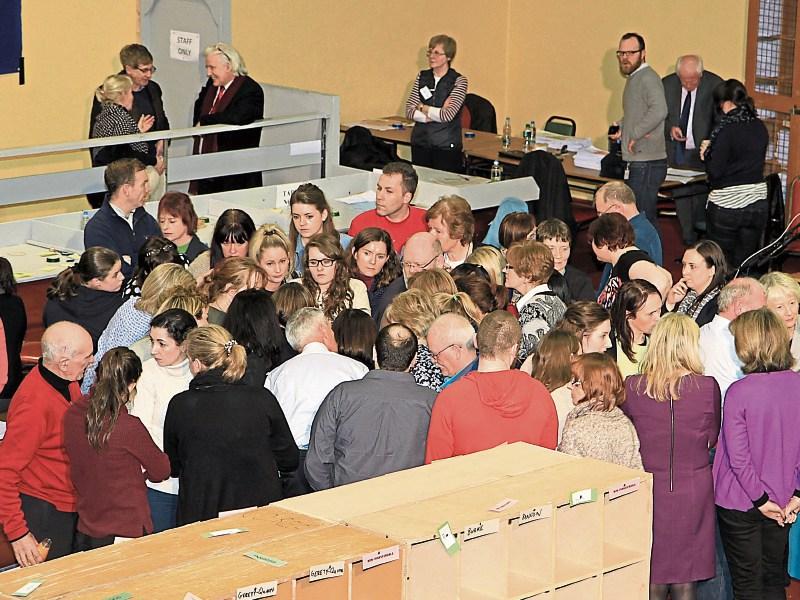 As it stands this morning it looks highly unlikely that Longford will return a TD to Dail Eireann after General Election 2016.

The recount of the 12th count concluded this morning just  before  4am and will resume at 3pm this afternoon. This recount was requested by Connie Gerety-Quinn after the 12th count found that she was just 38 votes behind James Bannon (Gerety-Quinn 5,917 to Bannon’s 5,955).

Willie Penrose, who had all but conceded over the weekend, is back in the frame with 6,390 while Paul Hogan stands at 6,643.  Kevin ‘Boxer’ Moran (10,108)  and Peter Burke (7,633)  will take the second and third seats following Robert Troy who topped the poll to Leinster House.

Either Connie Gerety Quinn or James Bannon will go out on the next count and while you would expect that both Longford candidates would transfer strongly to each other, many doubt if it will be enough.

Pundits say that Bannon’s vote stayed largely within Fine Gael while Gerety Quinn is said to be transferring strongly to Sinn Fein’s Paul Hogan  as well as Bannon. Hogan currently has 6,643 votes and any boost from Gerety Quinn would give the Sinn Fein man a bit of distance on his remaining rivals.

If we presume the recount leads to no change, Gerety Quinn will be eliminated and James Bannon may pick up enough to put him ahead of Willie Penrose but the elimination of Penrose would most likely put Paul Hogan in the driving seat.

As it stands at 6,360 votes Willie Penrose is just 300 votes behind Hogan and cannot be ruled out.

Either way it is looking less and less likely, but not impossible, that Longford will have a TD by the time the counting is over.