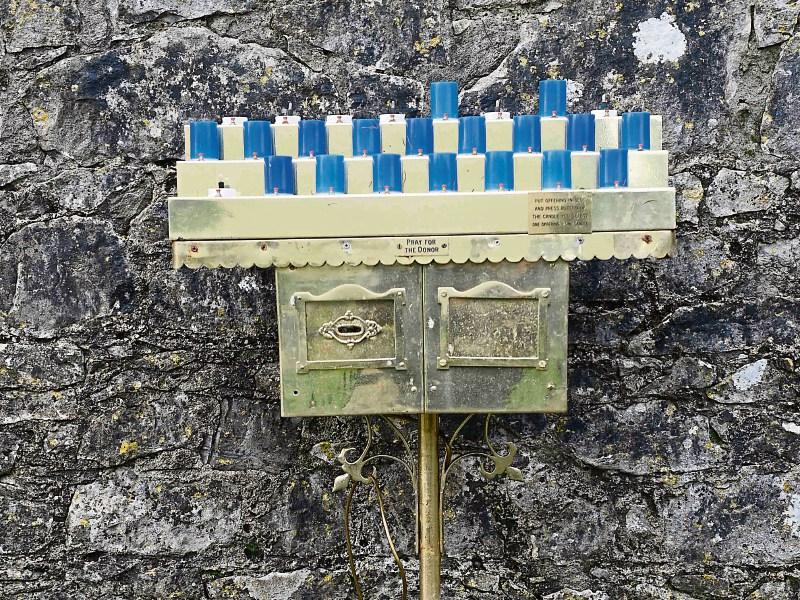 Gardaí in Longford have come in for praise this week following the successful return of a sentimental church fixture in Newtowncashel at the weekend.

Officers successfully retrieved what has been described as a classically designed candleabra from Corlea bog on Saturday, six months after it was first reported stolen.

It's believed the item had been dumped for some time, evidenced by the fact it was covered  in undergrowth.

The much cherished religious feature was reported stolen from Newtowncashel's Church of the Blessed Virgin on August 13 last.

On the day the church was open to the public, as is customary practice, when thieves are believed to have struck.

Parish Priest Fr  Merlyn Kenny said despite its return, efforts would now turn towards returning the candleabra to its former glory.

“The electrical part of it is badly damaged but the main base seems to be ok. We will send it away to see if the experts can repair it,” he said.

He also attributed the breakthrough to a successful operational initiative which had been set up on the back of its disappearance.

“Obviously, the property has now been returned to the Church,” he said.

“We endeavoured to return the property as best we can so obviously we are delighted.”