Who will be crowned 2021 Longford county champions? 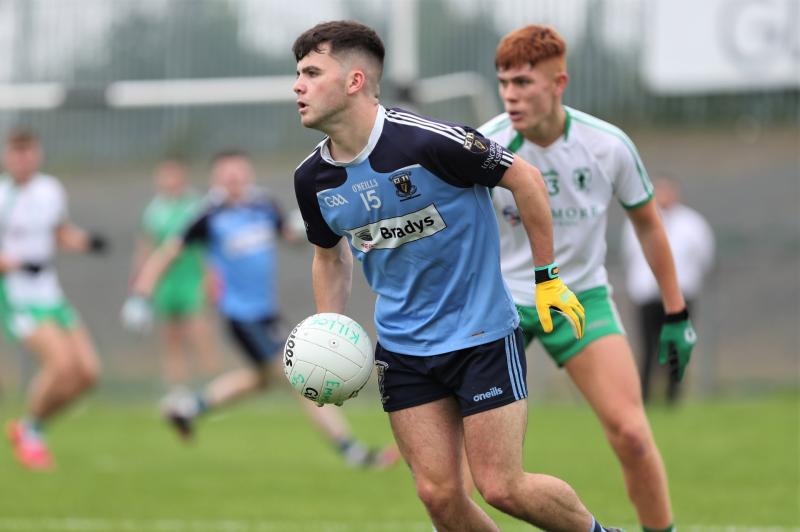 Darragh O'Connell on the ball for Slashers ahead of Killoe opponent Darren Moffatt. Action from the 2020 SFC Final Pic: Syl Healy

With the Covid delayed 2020 Senior and Intermediate championships after eventually coming to a conclusion, the focus quickly switches to the start of the action in this year’s Connolly Cup and Hennessy Cup.

Six games are down for decision in the opening round of the 2021 senior championship this weekend and generally regarded as the main contenders for the title are Killoe, Mullinalaghta, Colmcille and Longford Slashers.

It is hard to look beyond those four clubs in the battle to be crowned county champions. While St Columba’s suffered a bad blow after crashing to a surprise defeat against Slashers in the 2020 semi-final they will be very determined to come storming back in the current campaign.

Mullinalaghta will be expected to make a winning start against Clonguish at Maguire Park on Sunday evening and the same must be said about Slashers who should be too strong for Mostrim at Keenan Park on Saturday evening.

Killoe should experience little difficulty in overcoming the challenge of Fr Manning Gaels at Allen Park on Saturday evening while on the same day Colmcille will confront Carrickedmond at Higginstown.

Colmcille let victory slip in the quarter-final clash against Mullinalaghta last year and clearly have the potential for a serious crack at winning the title for the first time since 2008.

Eugene McCormack is back in charge of Colmcille as he prepares his side to face his own club Carrickedmond in adding a little bit of extra spice to this particular match.

Abbeylara, under the guidance of new manager Ryan Plunkett from Castletown-Finea in Westmeath, will be hoping for an extended run in the championship and are fancied to defeat Dromard at McGee Park on Sunday evening.

Wrapping up the first round action is the meeting of Granard and Rathcline at C&D Devine Park on Sunday evening and a close encounter is probably in prospect here.

While Darren Gallagher will be hard stopped in leading the charge for St Mary’s, the Lanesboro outfit are backboned by a few county senior players and are responding well to the new management team of Joe McCormack and his father Tommy from Killoe.

There is a new format in the battle for this year’s Longford senior football championship with the 12 clubs divided into two groups of six, meaning a total of 30 games before we even get to the knockout stage and just four clubs will be eliminated.

The top four teams in each group will qualify for the quarter-finals and the advantage for finishing top of the table will be a last eight game against the fourth team in the other section: 1 v 4 & 2 v 3. The bottom team in each group will meet in a relegation play-off

There is a significant change to this year’s Intermediate Football Championship with the second strings of four senior clubs - Colmcille, Killoe, Clonguish and Longford Slashers - competing for the Gerry Hennessy Cup.

There are a couple of groups in the Intermediate grade with the top two teams making it through to the semi-finals.

Three first round games will be played this weekend, the pick of which is the meeting of Ardagh Moydow v Kenagh at the Slashers grounds, Fay Park,  on Friday evening.

The 2020 finalists Killashee and Ardagh Moydow will be fancied to figure prominently again while Ballymahon must also be considered contenders for the title in what appears to be a wide open championship.

Watch out for Kenagh who are producing some great displays in the league and are currently top of the Division 2 table with Longford U-20 player Keelan McGann a rising star.

Cashel and Sean Connolly’s are the other solely Intermediate clubs competing for the Hennessy Cup and will be positive about their chances of reaching the last four.

PREDICTION: Killoe, Colmcille, Slashers and Carrickedmond to qualify for the quarter-finals

PREDICTION: Mullinalaghta, Abbeylara, Clonguish and Granard to qualify for the quarter-finals

PREDICTION:  Ballymahon and Killashee to qualify for the semi-finals

PREDICTION: Ardagh Moydow and Kenagh to qualify for the semi-finals