Longford growing in confidence and will not fear Meath 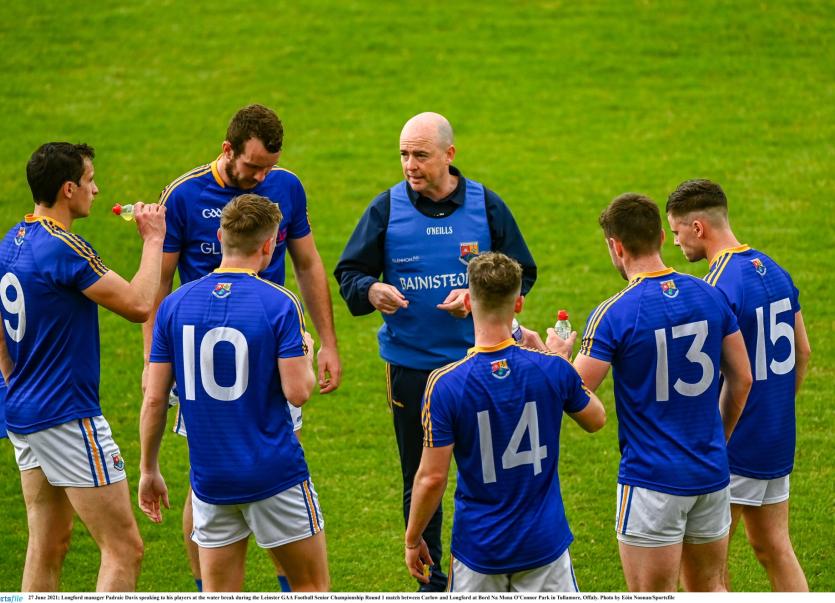 After making significant improvement since the demoralising heavy defeat against Derry in the opening round of the National League this season, it is clear to see that the Longford players are growing in confidence and will not fear Meath in the Leinster Senior Football Championship quarter-final at Pairc Tailteann, Navan on Sunday, throw-in 3pm.

The great win over the reigning Munster champions Tipperary in the Division 3 relegation play-off was a major boost.

Longford crossed  the first hurdle in the championship on Sunday last with the comfortable margin of six points to spare over a limited Carlow outfit and the manager Padraic Davis has great belief in his squad.

“I think mentally now they are in a great position as we head to Pairc Tailteann. It’s all about going and putting that performance in. I really feel the pressure is off.

“We are nearly always underdogs, no matter who we play. If we can keep the scoreboard ticking over and tighten things up I think we have a really good chance,” stated the optimistic Longford boss.

At the same stage of the Leinster Championship back in 2018, Longford sprang a big surprise to beat Meath 0-16 to 0-14 at Glennon Brothers Pearse Park and the current team will head to Navan in the hope of repeating the feat.

There are problems in the Meath camp with injuries to a couple of experienced players, rock solid defender Donal Keogan and powerful midfielder Bryan Menton.

Keogan and Menton were forced to retire during the course of the recent NFL Division 2 promotion play-off defeat against Kildare and must be rated extremely doubtful to feature against Longford.

And to make matters worse two Meath players, Conor McGill and Brian Conlon, were sent-off following a nasty melee deep into stoppage time with the Lilywhites holding out in a dramatic finish to win by 1-14 to 0-14.

McGill and Conlon will apparently miss the match against Longford due to suspension but Meath have been operating at a higher level and are generally considered the firm favourites to advance a stage further in the championship.

Andy McEntee guided the Royals to the Leinster title decider against unstoppable Dublin last year and his side were particularly impressive in the 5-9 to 0-15 victory over Kildare in the semi-final.

Longford will point to the fact that they just missed out on a last four spot in 2019 (the draw against Kildare) and 2020 (a two-point defeat against Laois) under the guidance of Davis and his team could make it very difficult for Meath in the bid to cause an upset.