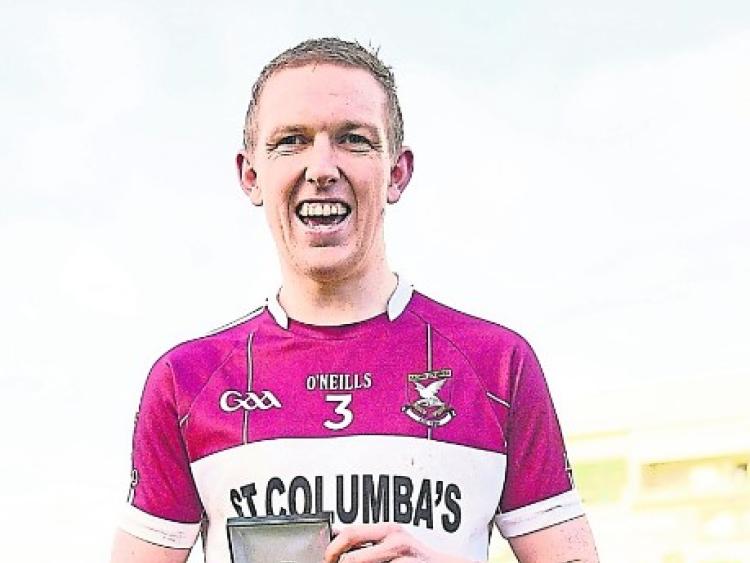 After completing a magnificent three-in-a-row of county senior football championship titles and who went on to create history by becoming the first team from Longford to win the prestigious Leinster Club title, it comes as no great surprise to see mighty Mullinalaghta dominate the 2018 Team of the Championship with eleven (11) players honoured.

Last year’s Longford GAA All Stars was deferred due to their magnificent achievement in scoring a shock win over the Dublin champions Kilmacud Crokes in the Leinster Club senior football final in Tullamore last December and their subsequent appearance against Dr Crokes Killarney in the All-Ireland semi-final back in February which ended in defeat in Thurles.

Patrick Rogers, Simon Cadam, Patrick Fox, Gary Rogers, Shane Mulligan, Donal McElligott, John Keegan, David McGivney, James McGivney, Jayson Matthews and Rian Brady are all selected on the 2018 Team of the Championship. Although a regular forward, the versatile Gary Rogers is listed in the defence after starting in the half-back-line in both the drawn game and final replay against Abbeylara last year.

There is some consolation for Abbeylara with three of their players - Conor Berry, Colm P Smyth and Nigel Rabbitte - making the 2018 All Stars team after figuring most prominently for their club last season despite the bitter disappointment of losing the county SFC title decider for the fourth year in a row.

Abbeylara went so close to winning the Connolly Cup in the low scoring 0-6 to 0-6 draw but Mullinalaghta were the masters in the final replay as they cruised to a very easy 2-14 to 1-2 victory.

Completing the 2018 Team of the Championship is Clonguish dual star Joe O’Brien who clocked up the tremendous total of 2-37 in the six games his football club played in reaching the county semi-final, at which stage they lost out to Mullinalaghta. The highlight for O’Brien was the ten points (8 frees) he scored against Dromard in the drawn quarter-final.

In recognition of his consistently impressive performances, the commanding St Columba’s full-back Patrick Fox is the winner of the 2018 Senior Player of the Year award as voted by the readers of the Longford Leader. The fabulous Fox finished the year on a real high when he collected the man of the match award in the Leinster Club SFC final.

The destination of the 2018 Intermediate Championship crown developed into a thriller with Rathcline eventually beating Ardagh/Moydow in the terrific trilogy.

Attacker Iarla O’Sullivan was particularly impressive in the highly entertaining second replay with the man of the match award winner scoring three crucial points in the third quarter of the cracking contest.

The dangerman O’Sullivan also had three goal chances in playing a major part in the county title triumph and thus he is selected as the 2018 Intermediate Player of the Year.

The 2018 Junior Player of the Year award goes to Emmet Toher, the captain of the Killoe  team who overcame Clonguish in the third tier championship final. Toher lined-out at full-back for the Emmet Og second string and is a very dependable defender.

Winner of the 2018 Longford GAA All Star award in the Senior Hurling category is Johnny Casey who was selected to play for Ireland in the annual senior hurling-shinty international against Scotland played at Bught Park, Inverness in October last year.

Longford Slashers hurler Casey has been a regular on the county senior team for a long number of seasons and there was another great honour for the Clondra native when he was selected on the 2018 Nicky Rackard Cup/Lory Meagher Cup Champion 15, receiving his award at the PwC All Stars event in Dublin’s Convention Centre.

Winner of the 2018 Ladies Player of the Year award is Emer Powell, the captain of the Carrickedmond team who won the senior championship. It was the first time in 31 years for the Carrickedmond ladies football club to capture the county senior title and Powell played a leading role, culminating in collecting the player of the match award in the final victory over Killoe.

Voting for the 2019 Team of the Championship

The time has come for the GAA fans right across the county to start thinking about this year’s Team of the Championship and to play their part in the selection of the eventual 15 players to be honoured with Longford GAA All Stars Awards for  2019.

The final phase of the selection process will see three nominations in each of the five categories - Senior, Intermediate and Junior football, Senior ladies football and Senior hurling - and the five individual award winners will be announced at the Gala Awards Night in the Arms Hotel on Saturday 11 January.

At the same function the Longford senior hurlers will receive their medals for winning the National League Division 3B title this year and it promises to be a fantastic occasion.