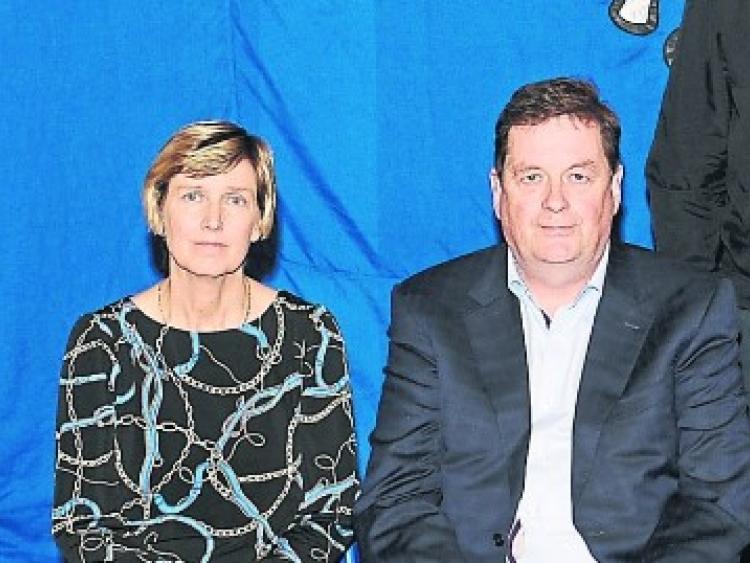 Brid McGoldrick (Killoe Emmet Og) and Albert Cooney (Rathcline), the candidates in the election for the next Longford GAA Chairperson

Albert Cooney (Rathcline) and Brid McGoldrick (Killoe Emmet Og) will battle it out in the contest to elect the next Longford GAA Chairperson, the highlight of the annual Convention in the Arms Hotel this Thursday night, starting at 7.30pm.

Longford GAA are also searching for a new Treasurer as Cooney is stepping down after serving the maximum five years in that particular post. Running to replace him as the head of finance are Tommy McLoughlin (Mostrim) and Eugene Quaine (Carrickedmond) so another contest will materialise in this department.

Albert Cooney is not seeking re-election as one of the two Longford representatives at provincial level but the other outgoing Leinster Council officer Derek Fahy (Ballymore) is facing a contest.
Damien Edgeworth (St Brigid’s Killashee) and Michael Mulleady (Fr Manning Gaels) are confirmed as candidates in this election while TJ Ward (Legan Sarsfields) is also set to run in the race for the Leinster representatives. Brendan Gilmore (Rathcline), Brid McGoldrick and Eugene Quaine are others listed among the nominations for the provincial council.

There will be at least one new face on the 2020 county board executive as George McDermott (St Brigid’s Killashee) is the only nomination for the position of Assistant Treasurer.

Tommy McLoughin is the only nomination for the PRO, a position he has held for the past couple of years, but has decided not to seek re-election in the media department to concentrate instead in his bid to be elected the new Treasurer in the contest against Eugene Quaine.

Full-time Secretary Peter O'Reilly, in his report to the annual GAA Convention, reflects on the various controversial issues during a turbulent year for Longford GAA.
“As you are aware Longford GAA has been firefighting various issues continuously since last year’s Convention, one of which ended with a successful decision from the DRA; resignations have been received; investigations have been held – the list goes on. Why was this?”
Extracts from the Secretary’s report appears on page 81 in this week's Leader.

The following are the nominations for the various positions at the Longford GAA Convention: