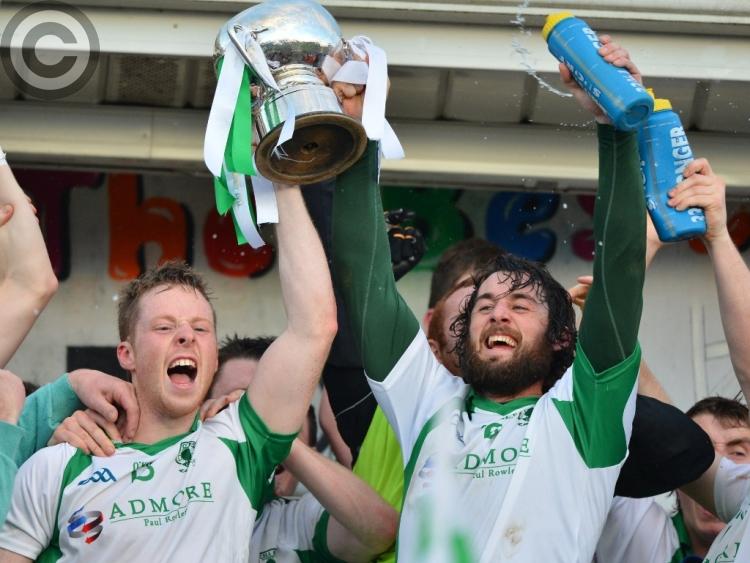 What developed into an epic battle for the county title was eventually decided after extra-time in a highly entertaining Senior Football Championship Final replay at Glennon Brothers Pearse Park.

Killoe are back as the kings of Longford football as they finished the stronger to capture the coveted Connolly Cup for the first time in 17 years.

Reigning champions Slashers were on the brink of completing the three-in-a-row when Mark Smith somehow managed to squeeze the ball over the bar from an extremely tight angle in stoppage time but the so spirited Young Emmets side just refused to accept defeat and proceeded to launch an immediate counter-attack which yielded a terrific equalising point from Daniel Mimnagh with time almost up.

Mimnagh kept his composure to hit the target with a real pressure kick to leave the sides deadlocked at 0-10 apiece at the end of normal time as the remarkable sequence of draws in the 2012 Senior Championship continued.

Although badly hampered by injuries with both Peter Brady and Paul Kelly forced to retire with Kelly a serious loss with seven minutes gone in the second half, Slashers dug deep and made a great start to the extra-time period with points from Niall Mulligan and Colin Smith (free).

Mulligan broke from midfield to fire over a glorious strike with just 20 seconds gone but the younger Killoe side eventually got on top to fire over five points without reply – three from frees converted in succession by Sean McCormack while late fisted scores from Daniel Mimnagh and Simon Kiernan clinched a famous win for Killoe as they claimed the county senior title.

Chief marksman Sean McCormack made a huge contribution to the title triumph with the impressive total of nine points (five frees) to his credit and won the man-of-the-match award as a result while two other members of the McCormack clan also figured most prominently in the exciting final replay watched by an attendance in the region of 3,000.

Sean’s younger brother Padraig was a source of real inspiration in producing a rock solid display at full-back and their cousin Joe played a real captain’s part at centre-half-back.

And to make it a real family affair the manager of the Killoe squad was Tommy McCormack (father of Joe) who also guided Young Emmets to senior championship glory in 1993 and 1995.