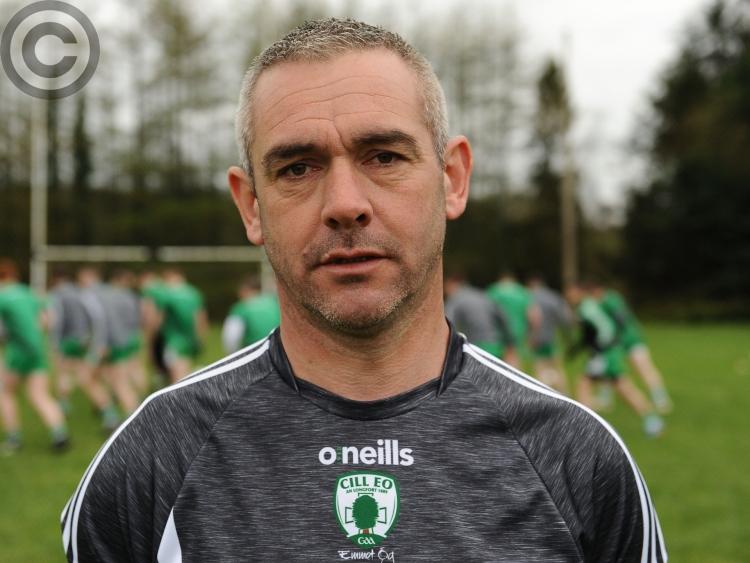 Thomas Donohoe has won a Senior Championship title as a player and selector with Killoe and on Sunday he hopes to complete a notable hat-trick; managing his club to a county title.

Donohoe said: I played senior football for 14 years. I won a championship medal in 1995 and thought I would win a couple more after that but it never happened.

“I finished playing senior, then junior and then all of a sudden I got into management with Declan Rowley; I was a selector with him. It has been non stop but it does mean a lot to a homegrown manager to get your club to a county final.”

Mullinalaghta were favourites for the championship at the start of the year with many hoping Killoe would put up a good show and challenge them.

Few predicted Emmet Og to make a county final when St Columba’s were on that side of the draw in the knock-out stages.

“We weren’t mentioned because of our quarter-finals defeats over the last two years. There was also hype because we had Fergal O’Donnell as manager.

“There was pressure on the players because an ex inter-county manager had come in. Before a ball was kicked in the championship Killoe were expected to be strong contenders to win the Longford title. This year we have earned our right to be there,” stated the current Emmet Og manager.

After the disappointment of the last three years Donohoe is delighted where Killoe are at the moment. They had hoped to get this far but never looked past the next game.

“We are where we want to be but every game we took it as one step at a time. We never looked ahead.

“We did three things this year that we hadn’t done in the last two years; we won our group stage, got past the quarter-final and now we are in the county final.”

Killoe have only lost one game all year and that was against Slashers in the league. Donohoe stressed the importance of having a strong squad and how that helped in getting them to a county final.

“We came through the group stage using all our minors which was worrying at times but it does show the strength of our squad.

“I did say before the longer we stayed in the championship the stronger we would get. I said that from day one.

“We beat Mullinalaghta recently in a league game and had 5/6 players missing. We have a strong squad. It’s our squad that has got us to the final.”

Slashers stand in Killoe’s way of a 12th county senior title and Thomas Donohoe knows what his side have to do to beat the town club. He believes it will be a good game of football.

“Slashers v Killoe has all the ingredients of being a good footballing final. Two pacey teams who want to play football.

“Hopefully it will be a dry day and it would help the flow of the game. Previous meetings between the two sides have been very good.

“Slashers have a lot of young lads who came through so it’s no surprise where they are now. They are going to be around for a while,” comented Donohoe.