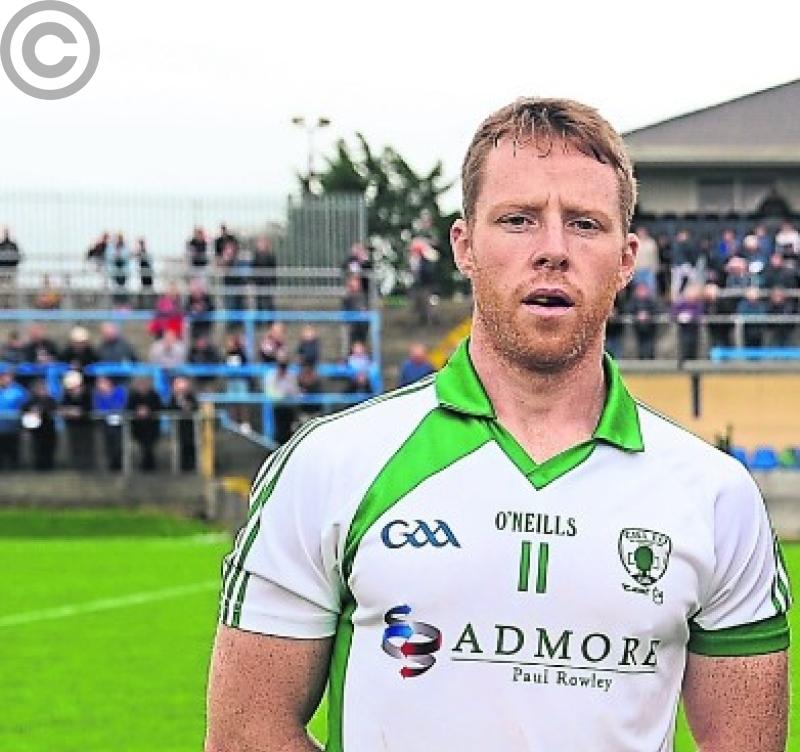 Sean McCormack is a proud Killoe man and is honoured to be their captain as they prepare for Sunday’s County Final. Having captained his club before McCormack said times have changed and Emmet Og now have several leaders to call upon.

Sean said: “It’s a while ago since I last captained Killoe. It’s always a great honour. When you have been playing for so long and has been around for so long, you look at it in a different light. You have so many leaders there now. A lot of lads are stepping up.”

The McCormack name is synonymous with the club. Sean is joined in the team by his brother Padraig and his cousin Terry is also a member of the squad.

“We go back a long way with Killoe and we are very proud Killoe men. We always do our best for the club and that will never change.”

McCormack has been a great servant for Killoe and also gave so much to his county. He decided to retire from the inter-county scene this year but walked away with no fanfare or big announcement.

”I wouldn’t be one for announcing it. I just liked to quietly walk away. On the big days you miss it but you kinda have to remind yourself how much time goes into it.

“I am privileged that I can look back and enjoyed many good years with my county. It really was an honour for me to get that opportunity.”

Killoe have a good blend of youth and experience in their side this year and McCormack stated that it’s all about having the right balance.

“With any team you need the right balance. When you have young lads coming through it’s important that you have a crop that bit older that you can blend in with. Slashers are in the same boat as well.”

2012 was the last time Killoe faced Slashers in a county senior final with Killoe coming out on top, after a replay.

Over the following years the two sides have served up some terrific games in the championship and they’ve become great rivals.

McCormack said: “It’s very unusual how it turned out. There is great tradition. We all know each other off the pitch as well. There is good camaraderie. It’s funny how it’s worked out for both of us this year.”

Records and previous meetings will count for nothing on Sunday and McCormack  believes that there will be very little between the sides. Favourites and underdogs are only tags and he doesn’t heed them.

“I don’t expect it to be any different than it ever has been. We need to be on our game. County finals are there for both teams to win. We are under no illusions of the task that is ahead of us.”

With new champions being crowned on Sunday Sean McCormack was full of praise for Mullinalaghta and what they achieved.

“They’ve been great ambassadors for Longford football. What they achieved is outstanding and it’s full credit to them.”