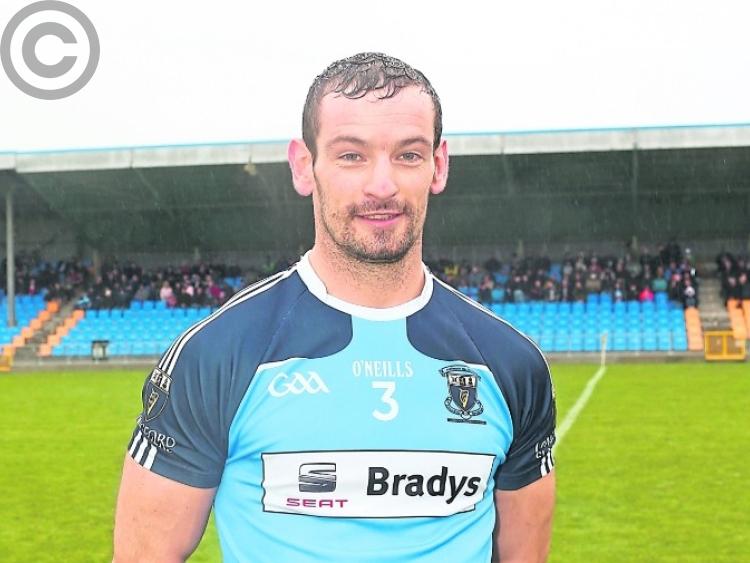 Longford Slashers captain Barry Gilleran believes their ‘never say die attitude’ has got them to this year’s county final; their first appearance in the senior title decider in six years.

Slashers failed to get out of the group stage for the last two years and that was the first hurdle they had to clear.

Gilleran said: “Our aim at the start of the year was to get out of the group because we hadn’t done that in a while. Everything after that was a bonus.

“You are only as good as your last game and we all have to put in a performance in the final. We are underdogs but will give it a lash. The one thing we have is a never say die attitude.”

That attitude was evident in both their quarter-final and semi-final games when they showed real character and determination to succeed.

“In the last few years when games were in the melting pot we just didn’t get over the line.

“Whereas this year you look at the Clonguish game when the game was in the balance we kept digging and came out the right side of it. The same thing happened against Abbeylara,” commented Gilleran.

Barry has enjoyed considerable success with Slashers, winning three senior championship medals.  He never thought it would take the club six years to make another final and doubts did creep in as the years passed.

“During the last couple of years I did think to myself would we ever get there again?

“We knew we had the talent in the club. I suppose it was about getting the right manager in and getting everyone together and rowing in behind the mentors.

“The joy we had after the semi-final win over Abbeylara was great. I suppose back in the day you took these things for granted but we have put in serious work this year.”

Being captain is something that Gilleran feels very proud about but he does prefer to do his talking on the field.

“It’s definitely something to be proud of. I’d be one now who would prefer to do the talking on the pitch.

“You get down and do whatever has to be done. It’s an honour but it’s only a title. Everyone is equal.”

Having watched the Slashers ladies claim the county senior title a couple of weeks ago Gilleran is hopeful their male counterparts can do the same.

“It’s an achievement to get to a final. There is not a whole lot of us that have played in county finals. It’s nearly a new team again and it’s very exciting.

“After the ladies winning the Senior Championship we have a hard act to follow.  Hopefully we can get over the line but we are facing formidable opposition in Killoe.”

Gilleran is looking forward to the final on Sunday and has every faith in this Slashers team. If they give it their all, the result will take care of itself.

“No one wants to lose a game of football and everyone will leave it all out on the pitch, that’s all you can ask from anyone. If it’s good enough, it’s good enough and if it doesn’t happen then so be it.”