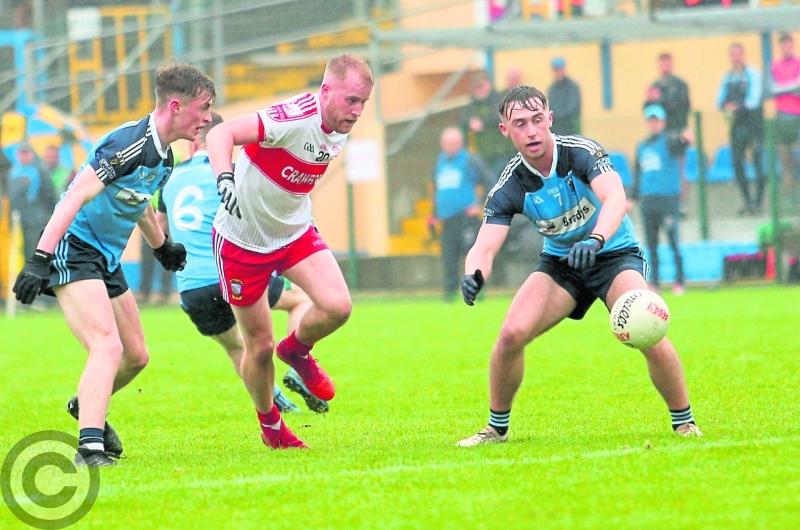 Longford Slashers, who were not considered to be serious contenders for the county senior football title this season, are just a step away from winning the Connolly Cup for the first time since 2013.

After failing to qualify from the group stage for the past couple of years in missing out on a championship appearance at Glennon Brothers Pearse Park, Slashers now find themselves in the final against near neighbours Killoe Emmet Og on Sunday October 6.

Just like their slender success over Clonguish in the quarter-final, Slashers snatched a last gasp winning point with Andrew Kelly converting a free to shatter the hopes of Abbeylara who were bidding to reach the decider for the fifth year in a row.

It was tough on the beaten finalists for the past four years with the north Longford side hitting the front in the 60th minute following a great long range point from Cian Brady.

It appeared that Abbeylara’s greater experience was going to get them across the line but the spirited Slashers side just refused to accept defeat and snatched a final spot thanks to stoppage time scores from Sean Clarke and Kelly in a dramatic finish.

In marching on to meet Killoe in a repeat of the 2012 title decider when Emmet Og emerged victorious after a replay, the current young crop of Slashers players are growing in stature under the guidance of their shrewd manager Noel O’Brien from Kiltoom in Co Roscommon.

So the stage is set for a most intriguing match in the senior showdown in a couple of weeks time.