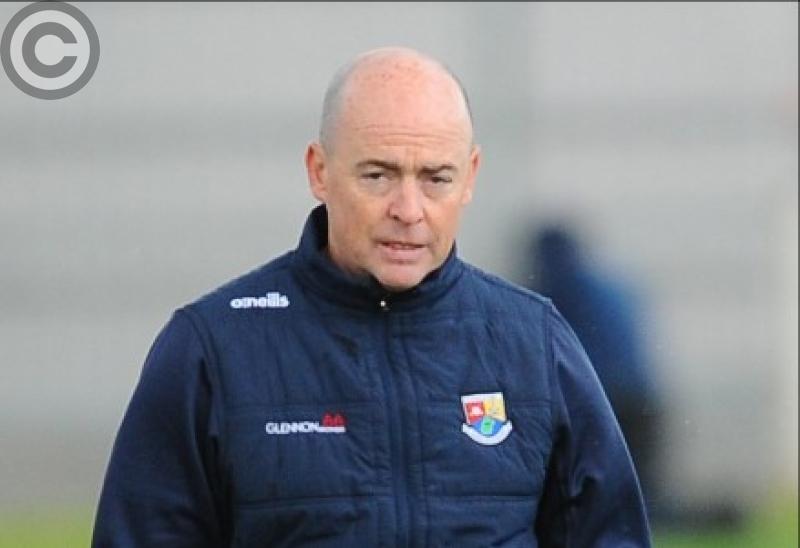 Longford manager Padraic Davis heaped praise on his team after their drawn Leinster SFC quarter-final clash against Kildare in Tullamore on Sunday last.

Longford showed terrific battling qualities throughout, fighting back on a number of occasions.

Davis said: “What a battle. An unbelievable battle really for 70 minutes plus extra-time. They are a great bunch of lads who  deserve a lot of credit for what they have done.

“There is a hint of disappointment there, we felt we could’ve won that game. Kildare will likewise. It’s great to get a chance next Sunday in the replay and we look forward to that.”

Longford found themselves trailing by four points at the start of the game, three at half-time, seven in the second half and then three in extra-time, but they refused to lie down and kept coming back at Kildare.

“That’s about heart and character. Communication too. They have that in abundance. We can’t really ask for much more.

“At the end of the day when you have a shoot-out like that with that type of scoreline your tactics are out the window on both sides and it’s about who wants it the most,” stated Davis.

With both sides putting everything into the game, a draw was probably a fair result and Davis is happy that his side are still there to fight another day.

“We have to be grateful that we are in a position to really tackle them again next Sunday and our lads will.”

Throughout the league campaign Longford were disappointed with the tally of scores they registered in games. That wasn’t the case on Sunday as they scored three goals.

Davis said: “The big thing for us was the score we put up. I knew once the ground would harden up the scores would come.”

“The mantra of our dressing room has been ‘it’s about the guys that we do have’. At times we were decimated with injuries, the American thing and the success story of Mullinalaghta. It ate away at us all year.

“Eventually the organised chaos was pulled together in the last few weeks. To put in a display on Sunday that’s worthy of any Longford team.”

Longford will be boosted in the replay by the return of captain Donal McElligott with the Mullinalaghta man missing out on the drawn game through suspension. The Longford manager is delighted to have a player of McElligott’s calibre back in the side.