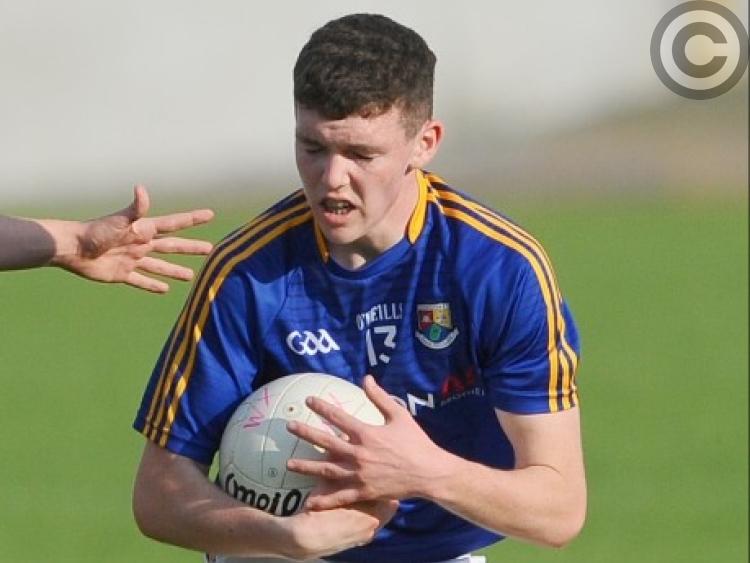 The Longford U-17 footballers suffered a setback in their quest to qualify for the knockout stages of the Leinster Minor Championship when they lost out to neighbouring rivals Westmeath in the first round clash at Glennon Brothers Pearse Park on Tuesday evening.

In a game littered with mistakes and several bad wides, a couple of crucial goals clinched a deserved win for Westmeath who led by a single point (1-3 to 0-5) at the break.

Centre-half-forward Luke Buckley found the back of the net in the 9th minute following a well worked move while Longford had a goal disallowed in the 24th minute after Keelan McGann was penalised for handling the ball on the ground before he hit the target.

Were it not for a couple of fine point-blank saves by the Longford keeper Conor Skelly in the closing stages of the first half Westmeath would have been in a much stronger position.

It continued to be frustrating for the home county in the second half and the best they could manage was three more points through Tiernan Hussey (2) and Jack Duggan.

Westmeath added another 1-5 to their tally but it was a tight contest up until Ben McGauran got the second goal for the visitors in the 56th minute to put the issue beyond all doubt.

Longford must now win their remaining fixtures in Group 1 away to Carlow (Wednesday May 8) and at home to Laois (Saturday May 18) to keep their championship hopes alive.